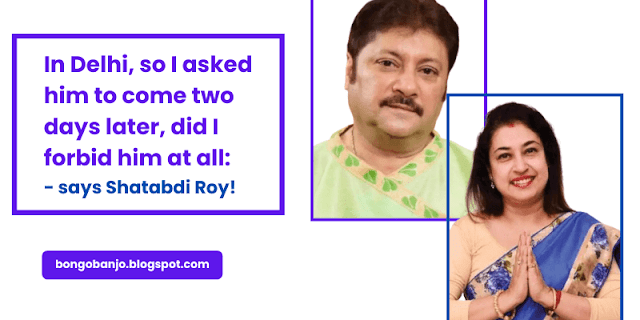 Abhishek Chatterjee got the feeling that he is not going to return to the country? So longing to meet for the last time?

There are no tears in my eyes. I last saw him on Sunday. I still don't know, that was our last meeting. He is the hero of many of my films. He is a very good neighbour of mine.

I was asked for a reality show by Star Jalsa. Did not agree Then Abhishek Chatterjee said to make a video. I agreed. Repeatedly wanted to come to my house. I said, "I am leaving for Delhi. Don't come now. Come back in two days. " Did I forbid him to come as usual?

How to return to Calcutta? How do I see Abhishek Chatterjee last? I still can't believe I don't have a 'hero'! Lying in bed watching on the TV screen. What peace in the face! As if asleep like a king.

When you call, you will get up laughing. I see and say, the doctor did not say wrong! Maybe another doctor will see him and say, nothing happened! Abhishek Chatterjee is very healthy.

As good a hero as a man. Such a good man. There is no comparison as a neighbour. I am on the 12th floor of the same multi-storey building, Abhishek Chatterjee on the 7th floor.

I don't have a maid in my house. I told Abhishek Chatterjee, will you arrange a maid? Immediately answer, see. The maid has also collected. Apart from acting, I went to do shows with him. I like watching the popularity of the debut! 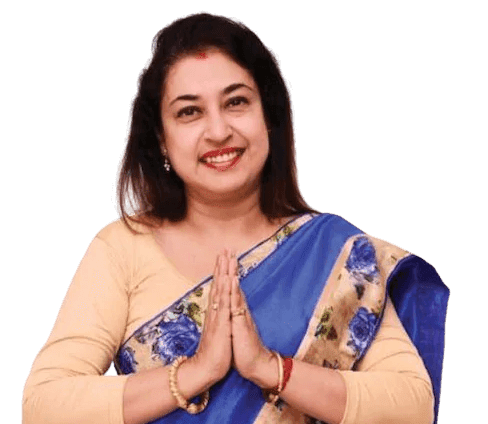 Especially the girls were crazy for him. He was one of the four pillars that carried Tollywood on his shoulders at that time. But what a gentleman! There is no demand. There is no arrogance. Never asked for anything. Maybe that's why he was not seen on the big screen in the way he could be seen.

Instead, he has made up for it on the small screen. He never made his debut for any political party. At the request of the Trinamool Congress, he would say, "My Trinamool Shatabdi. He is there. Why am I different again? "

Abhishek Chatterjee is faith in God. All worship is done in his house. Durga, Lakshmi, Kali, Saraswati are worshipped. Invite my family there. I loved to eat. So often gave a party. In a huddle.

In the same way, Sidri was a big fan of Sai Baba. Every year rules were made in the ashram. Participated in the celebration. Being very angry over the debut.

Why not go to the nursing home for treatment? Who is so proud of? If there was proper treatment. He would have recovered. Or, is it not meant to be?

Abhishek Chatterjee got the feeling that he is not going to return to the country? So longed to meet for the last time? Being very sorry. Where do I put this offshoot!

Read More: Abhishek Chatterjee is SMS Me on Holi But Today He is No More: Oindrila Sen.