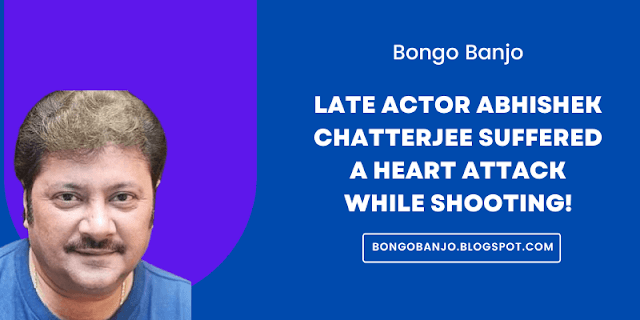 Late actor Abhishek Chatterjee. He was 56 years old at the time of his death. He had been suffering from stomach problems for the last two three days. He also took part in a reality show on Wednesday. He fell ill there. He died at home on Thursday morning.

The acting was his life. He lived with lights, cameras, action. Abhishek Chatterjee left after shooting. He was 56 years old. Tollywood mourns the news of the actor's death. 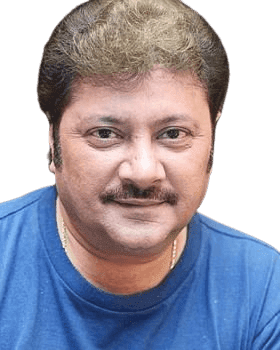 In the words of Bharat Kal, "Abhishek Chatterjee first fell ill on Tuesday due to food poisoning. He was taken home after shooting for a while in that condition.

He also came to shoot the reality show 'Smart Pair' of Star Jalsa on Wednesday. That's where the pressure suddenly drops to 70. He was immediately given black coffee. The house was also sent around 2.30 pm. That last visit is ours. "

Actress Trina said that Abhishek Chatterjee was suffering from stomach problems for several days. There was also a liver problem. The actor was working with illness. In his words, "Abhishekada fell ill on the set the day before yesterday.

We tell him to rest. Dulalda (Lahiri) went to fetch him. Abhishekada then vomited on Dulaldar's body. We see a doctor. After that, I sent him home. In this situation, he also shot yesterday. I scolded the man on the phone. "

She also told,  "It simply came to our notice then. The day before yesterday, I was very talkative in the shoot. He was not taking care of his body at all. "

Read More: If the Chief Minister is angry, She will not get any reward: Sreelekha Mitra!