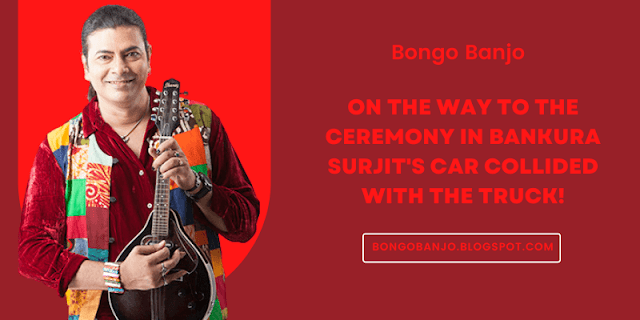 The 'Surojit and Friends' group had a singing program at a college in Bankura on Wednesday afternoon. In the morning, everyone left Kolkata in two cars.

Surojit Chatterjee was going to perform at Bankura College. He was accompanied by members of his choir 'Surojit O Bandhura'. They all left Kolkata in two vehicles. A truck collided with their vehicle near Shaktigarh. However, the singer said that no one was injured.

The singer has assured everyone by posting on Facebook. Surojit Chatterjee said, "By the grace of God, no one was injured. We are all fine. " 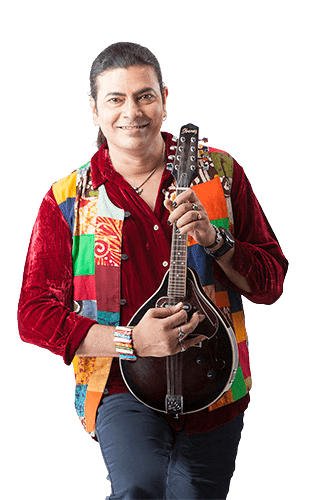 The 'Surojit and Friends' group had a singing program at a college in Bankura on Wednesday afternoon. The musicians left Kolkata in two cars in the morning. The first car had party members. The second car had musical instruments. A truck hit another vehicle near Shaktigarh. Surjit Chatterjee got out of the other car and ran towards the second car.

In Surojit's words, "Tarun Da (the driver of the car) was driving. I ran to see if he was OK. I was scared because I saw the damage to the car. But good luck, the young man was not scratched. In addition, our musical instruments were fine. "

Surojit Chatterjee called his friend Sandeepan Sarkar. He rushed to the spot from Burdwan. He made all the arrangements. From there the car was taken to the police station. The truck was there too. No one tried to escape. Another vehicle of Surjit was arranged from Shaktigarh police station. They performed in Bankura and returned to Shaktigarh.

In Surojit Chatterjee's words, "No case has been filed against anyone. Everything was settled there. And everyone in the police station has helped us a lot. I'm grateful to everyone. "