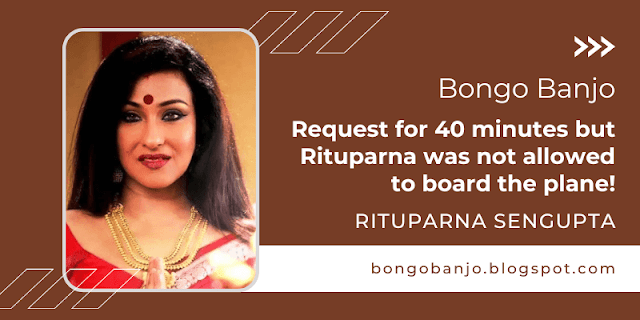 Morning flight. The boarding time is 4.55 in the morning. Rituparna Sengupta arrived at 5.12 minutes. Request for 40 minutes in a row. Even after that, a first-class airline did not allow him to board the plane!

Ahmedabad is the destination of the first line heroine of Tollywood Rituparna Sengupta. This is his journey to shoot day and night there. The whole field died due to the negligence of the aviation authorities! Such is the allegation of the heroine. 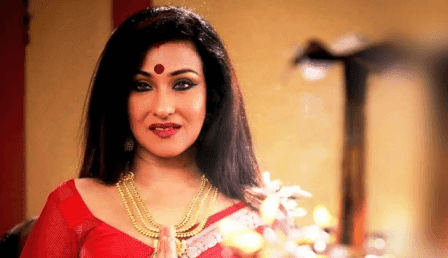 What happened to heroine Rituparna Sengupta?

According to Rituparna Sengupta, the passengers were given 4.55 am while boarding at Gate No. 19 to catch the flight to Ahmedabad. He arrives in 5.10 to 5.12 minutes.

He was immediately informed that the boarding gate had closed a long time ago! Authorities also announced his name at a specific time without seeing him. He also contacted me on the phone.

But he said that no phone call came on the phone the heroine. On the other hand, if the shooting is not done at the right time, the producer will have a problem. The shoot will stop. So at that time, She kept asking the airport staff to let him get on the plane.

In this way, the staff talked with him for 40 minutes. But no one wanted to understand his problem! The actress cried because she could not catch the plane. However, no handshake was seen by the workers.

But during this quarrel, Rituparna Sengupta saw the plane still standing! The stairs to get on the plane were not opened! In the words of the actress, "the plane is only 50 feet away. I can see. But I can't go. But my boarding pass and seat number are all stored.

A few days ago, I was also given an honorary passport by the organization. I have also travelled by plane to this company several times. Never had to face this situation! "