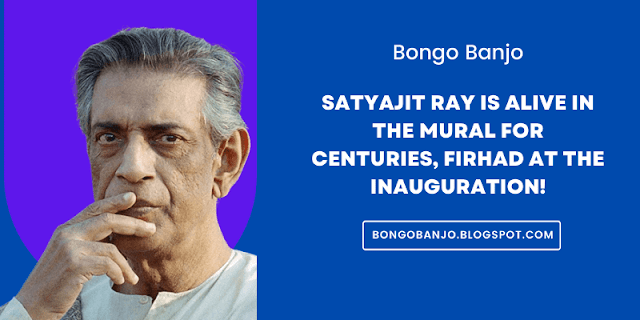 According to Sandeep, "Great job. We are very happy. In the beginning, there was fear that the thing would not work properly. I'm glad to see my father's mural. "

The year 2022 is the birth centenary of Satyajit Ray. On that occasion, the mural of the legendary director was inaugurated on Monday. Ray across the wall of the Metro Railway building adjacent to the Charu Market in South Kolkata. 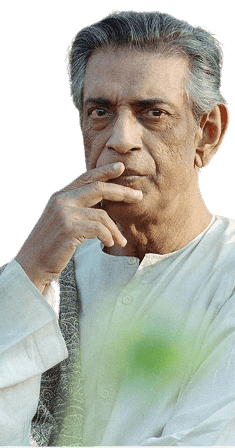 According to the news, the painting was painted by A-Kill, an artist from Chennai. The 'Donate a Wall' project is jointly organized by a Delhi-based company and a leading paint manufacturer.

This year this mural was created on that initiative. "Every year we choose one state and three walls to draw," Bikash, one of the leaders of this special project, told the Kolkata media. In Kolkata, we have chosen two walls. The late director has appeared in one of them. ”

Like Ray's son after the inauguration, "Great job. We are very happy. There was a bit of fear at the beginning, whether the thing would stand up properly or not.

I am satisfied to see my father's mural, "said Sandeep. He was interested from then on. He was overwhelmed after seeing it with his own eyes. In his words, the one who made it made it perfect. The handiwork is very good.

Read More: Request to all, must see 'The Kashmir Files': Maushumi Chatterjee!