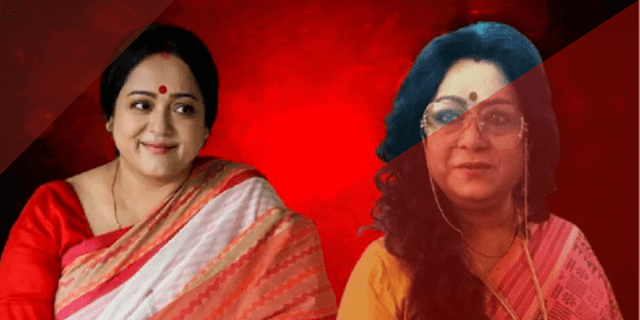 Aparajita Auddy entered the world of light-camera-action with Anamika Saha's hand, but today Aparajita doesn't remember the old days, even if she doesn't care about Anamika Saha.

In a recent interview, the popular villain of Bengali cinema has made such an allegation. This time, actress Aparajita Auddy opened her mouth about the allegations against her.

Both are popular faces on television. They will soon be seen in Pavel's 'Calcutta Chalantika'. In the meanwhile, the names of the two got involved in the debate.

Speaking about Anamika Saha's allegations, Aparajita Auddy said in an interview with Sangbad Pratidin, "She is like my mother - what more can I say!"

Then she said that it is true that Anamika Saha first took Aparajita Auddy to Swapan Saha. At that time, the two of them were working together in the 'Trishna' serial. 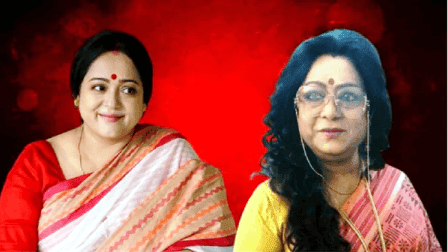 In the mother-daughter character, how strong their relationship was in reality. Aparajita Auddy entered the silver screen with Swapan Saha's "Shimul Parul", but the actress said,' The day I went to meet Swapan Saha, Bumba da (Prosenjit Chatterjee) was at the studio.

And in front of me, Bumba da said to Anamika, 'Are you walking around with a mam these days?' A few days later, Bumba da called me to do a film under his direction. I also had a look test. I don't know if Bumba da was offended by 'Shimul Parul'. That is what Anamika Saha said. '

She got married two days after the shooting of 'Shimul Parul'. After that Aparajita Auddy did not enter the industry for two years. Then came back unbeaten with a serial of 'Alpha Bangla'.

Explaining her position, Aparajita Auddy said, "Before, there was not much discussion about the film starring Swapan Saha or Harnath Chakraborty.

Despite the meeting, Aparajita did not talk to Anamika Saha. "I did not recognize Anamika, it's not possible," she said. Aparajita Auddy said she also exchanged courtesies on the sidelines of an event last month.

But Aparajita Auddy reminded us again, that Anamika Saha is like her mother. Aparajita apologized if the famous actress felt bad for any reason. Everyone hopes that the misunderstanding between the two will be resolved quickly.