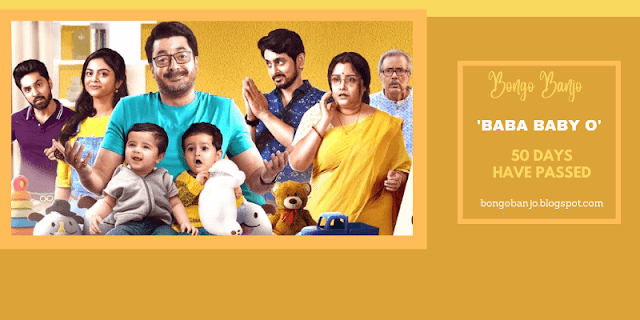 'Baba Baby O' passed 50 days on Thursday. The girls in the priority. Men in the second priority. In this way, however, the director maintained a balance?

Aritra Mukherjee's response was, "It's not entirely a matter of thinking like that. But yes, it did. The balance was struck."

Jisshu Sengupta is not alone. Chutiye is living with Sholanki Roy. They have two sons. With full of love!

Meg and Bristi swept the couple of 50 days on Thursday. In that joy, a celebration was organized by the side of the swimming pool. Courtesy Production Company Windows Productions, Director Aritra Mukherjee. 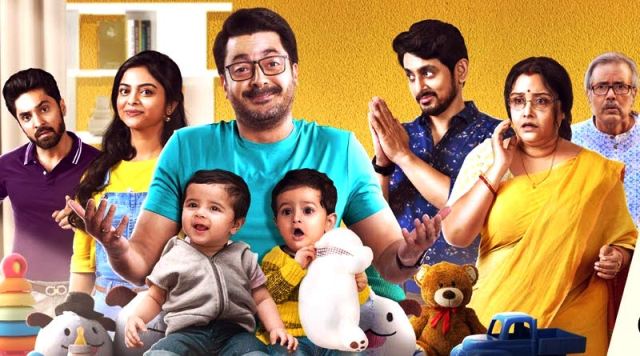 Why? It is Aritra who has spread the madness of Meg and Bristi among the common people. With his picture 'Baba Baby O ..' Producer Nandita Roy and Shiboprosad Mukherjee has indulged him.

Even today, Jisshu Sengupta is in a masculine outfit. Summer season. So the work of pastel-coloured thread in the white Sari of Solanki. Almost everyone on the team was present.

Zinnia Sen, Reshmi Sen etc. And there was Patal, Posto. Jesus-Sholanki is the twin son of the screen. Cake cream on their cheeks and lips to celebrate the cake cut!

Do you feel a little lighter this time? In Aritra's words, "Brahma knows the secret committee" also aroused after the release.

After that, he was cornered by the onslaught of Atimari. Even before and after the promotion of this film, it was a tragedy. As a result, the father was afraid of the baby. After 50 days, it's not just me, it's all light. "

The girls in the priority. Men in the second priority. Maintain balance in this way? The smiling answer is, "It's not all that kind of thinking." But yes, it matched. The balance has been maintained. "