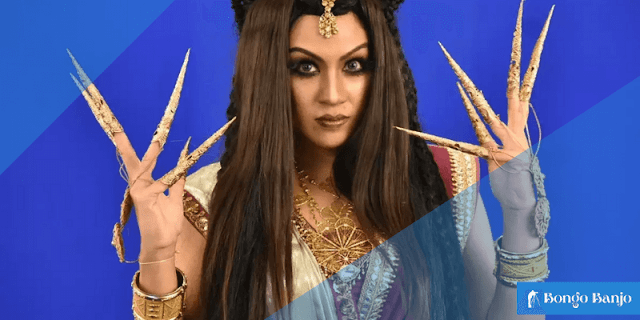 Either she is lascivious, or modern. Or the beautiful tribal dress. On Monday, Chandreyee Ghosh was caught in a soft, holy outfit.

In Pritam Mukherjee's 'Rish', she is a Christian nun, Mother Percy. Chandreyee Ghosh looks strangely calm in that dress. Did the actress change radically inside?

She is also very happy to play the role of a Christian nun. Surprise yourself to see yourself after the first look set. Couldn't think, will blend so well! Chandreyee Ghosh is busy with his serial shoot. From there, She said, actors have to squeeze themselves to implement a character. Instead, some impressions are left on the character's release. Still haven't had time to think deeply. However, there is something wrong with him. She can feel that.

This is the character of the first nun. Any restraint or special training during the shooting? In the words of the actress Chandreyee Ghosh, "I did not observe any restraint. But before going to the scene, I talked to the pastor of the church for a long time. I learned from him how to observe religious observances. How to chase away evil spirits. This teaching has increased my respect for other religions. "

Chandreyee Ghosh also praised Kiana Mukherjee. The story of the film revolves around him. According to the story written by Devarati Bhowmik, evil forces will dominate him. The actress has also acted with a child artist before. The little girl said no to anything. Collaborates with everyone on all matters. Comfort working with Kiana Mukherjee.

Acting in ghost movies. Any ghostly experiences while shooting? Chandreyee Ghosh claims, "I believe in ghosts. Once I am going to make a platform in Egra. The driver in the middle of the road does not understand which way to take the car. Suddenly I see someone coming from afar. Wrap the sheet all over the body. As soon as he came in front of the car, the driver would lower the glass and go to ask, all of a sudden he disappeared. An aquatic person disappeared right in front of my eyes.