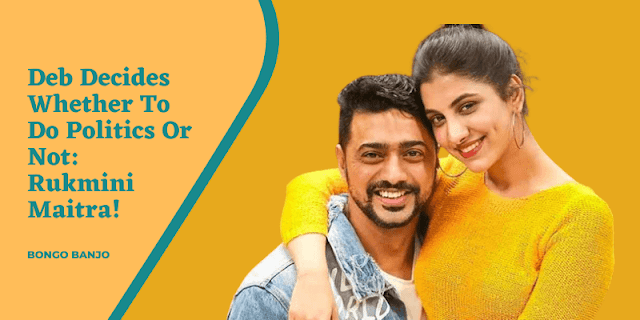 Actor Deb decides whether to do politics or not, but let him be by the side of the people: Rukmini Maitra! Rukmini Maitra herself was involved in social work in her student life. But he never wanted it to come out.

Actress Rukmini Maitra shared her thoughts on actor Dev's political life and plans. Dev's "special" friend said, "Dev is a man who can make his own decisions.

It is his decision whether he will stay in politics or not. But I want one hundred per cent, let the people be by my side. As much as I know him as a human being, I know he will. "

Rukmini Maitra herself was involved in social work in her student life. But he never wanted it to come out. That Rukmini Maitra shared her thoughts about Dev. It raised the issue of whether to stay in politics or not. Context like being next to people. 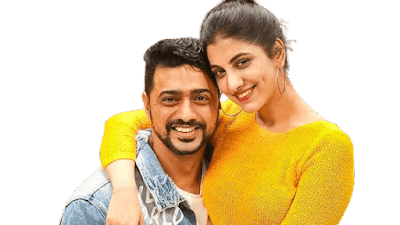 Exactly why does she like Dev. In her words, "Dev does not suffer from the illusion of political influence. But that's also here, because, just as an actor, if Deb could help two people, then being an MP would be able to extend a helping hand to twelve people instead of two. Maybe he is here today to help those ten people extra. That is my belief. And if that's why he has to stay, then stay. "

Just before Rukmini Maitra's remarks, the issue of Chief Minister Mamata Banerjee was heard on Dev's face. How is the Dev and  Mamata relationship?

Invite 'Didi' to see his new movie 'Kishmish'? In reply, Dev said, "I have never asked Didi what you will or will not see. I don't think I can ask him this question.

She is Not only the party leader, but she is also the Chief Minister of the West Bengal. Extremely busy. I don't disturb him unless he needs to.

In my eight years of politics, I may have sent eight messages to my Didi. I respect the Party and I try not to do any harm to the Party. Of course, I would like to show my Didi the "Kishmish". But I will never dare to say, will you see Didi "Kishmish"? "