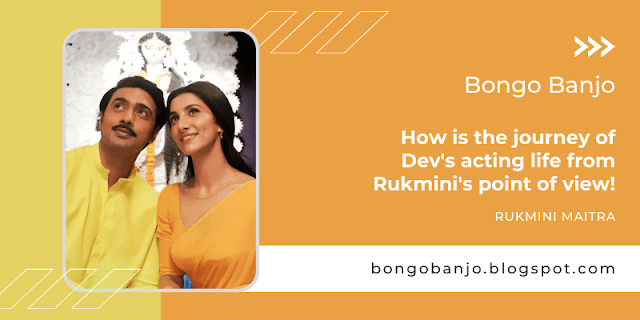 The only thing Superstar Dev has been saying for 16 years on the set of 'Kishmish', 'Teach me': says Rukmini Maitra! The actress Rukmini Maitra has learned by watching the actor, that to do something good, one needs to know as well as know less from time to time.

For 16 years, the nickname 'Superstar' has been on his name. Is the actor Dev saying the same thing on the set of "Kishmish", "Teach me!" Is it true?

But that is the reality. Rukmini Maitra claims that the urge to learn is still strong. So he is popular with this generation!

How does it feel to get such a big certificate from the heroine of six films? Shame and contentment are the same in laughter. This is what the MP-Star Dev will give. 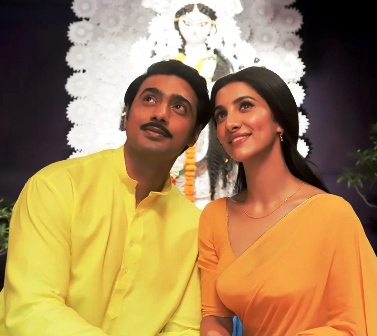 Rukmini Maitra has been a regular viewer of Dev's films since 2013. The first film She saw was ' Buno Haansh'. Since then, ‘Chander Pahar’, ‘Zulfiqar’, ‘Golandaj’, ‘Tonic’ and ‘Kishmish’ - the actor has witnessed the heroine constantly breaking herself.

There are six pictures starring themselves. Especially in the sixth movie, i.e. 'Kishmish', Dev has proved himself to be a college student.

Dev will be seen doing exactly what the youth of the eighties used to do on the screen. The actress Rukmini Maitra has learned by watching the actor, that to do something good, one needs to know as well as know less from time to time.

The shoot for 'Golandaj' has just ended. Dev Adhikari then weighed 110 kg. Director Rahul has told the story of 'Kishmish'.

I will play the main character. According to the story, he can be seen in four different forms. Which is a college student look. Squeaky look, curly hair. Round framed glasses on the eyes.

At that time, Director Rahul Mukherjee politely told Dev, "I am looking for a 23-24-year-old boy for college. You lose weight slowly. You do the rest of the characters. "