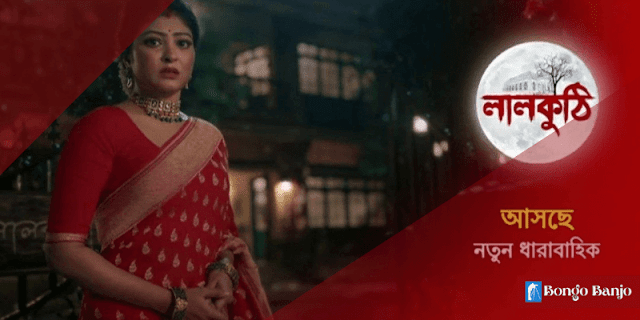 'Lalkuthi' of the seventies on the small screen! Rahul-Rukma are returning in a pair? Mother-in-law-daughter-in-law conflict, the monotonous domestic story is removed and it is time to change the taste here.

The very popular mystery-thriller genre is going to take shape on the small screen this time as well.

Rooqma Roy has spread a handful of secrets since Monday night. The mystery revolves around Lal Benaresi, the actress dressed in jewellery.

He is alone in the huge empty house. Go out to protect any invitation, heavy rain. Rukma prisoner in Nijhum Puri.

Suddenly whose shadow is on the wall? The door slammed shut as soon as he turned back. Captive actress. Suddenly a blood-stained dagger pierced his sidewall. Before he could say, "Who are you?", His voice trailed off in fear. 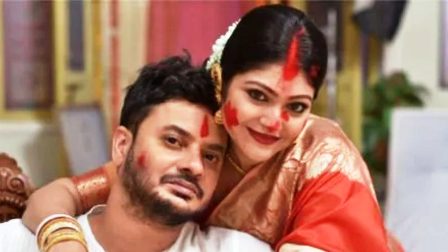 This promotional glimpse of the new series 'Lalkuthi'. Which is going to come in Zee Bangla. Clearly, the big screen, the most popular mystery-thriller genre of the series is going to take shape this time on the small screen as well.

Mother-in-law-daughter-in-law conflict, the monotonous domestic story is removed and it is time to change the taste here. At the same time reminding one more thing. About the 1972 bilingual film 'Lalkuthi'.

The famous film was made in Hindi and Bengali under the direction of Kanak Mukherjee. Which may seem ghostly at the end of the audience will know, the whole mystery!

The film stars Tanuja Samarth, Ranjit Mallick and Danny Denzongpa in the lead roles. The story of the film is starring hit actors.

Every song is a hit courtesy of Kishore Kumar, and Asha Bhonsle. Is that picture going to come in a new form on the small screen this time? Rooqma Roy can be seen in the character of Tanuja?

The actress is not willing to break the tight mystery created around the publicity stunt. The statement, everything is gradually becoming public.

Read More: Prosenjit, Srijit and Shibu are coming in an alliance!