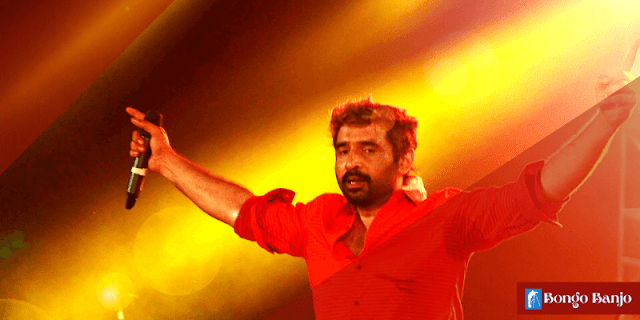 Behind the creation that the creator was crushed! The singer Silajit Majumder argues that he also sang the song Jibon Re written 500 years ago. Didn't look for an artist or creator.

The first was the stolen song X Equal Prem. So Srijit Mukherjee fixed the name of the new film. Viral on social media.This time Shilajit Majumder's Jhinti was stolen.

The name of the upcoming folk theatre, Jhinti Tui Brishti Hote Partis! Is caught by the artist. Shared with fans. Alas, how many people will I catch? X equals Prem after that Jhinti. Shall I think of a song or a lawyer? ' The Singer Silajit Majumder says, If I knew Jhinti, would I let it be stolen like this?

Shilajit Majumder's fans are the same. Jhinti belongs only to the singer. For most of the audience. Jhinti took place at the end of the journey? The singer of Jawl Phoring laughed while answering. I'm not angry anymore.

I think a little differently. This is what I think, my creation is acceptable to the new generation. I was the first to teach my girlfriend to say you. Anupam Roy took that trend forward with the song Jawl Phoring. Not me, my creation is important. It's a matter of pride.

That said, Shilajit Majumdar's name will not be mentioned anywhere? Behind the creation that the creator was crushed! Jhinti is also about to return in a new form during his lifetime. He accepted.