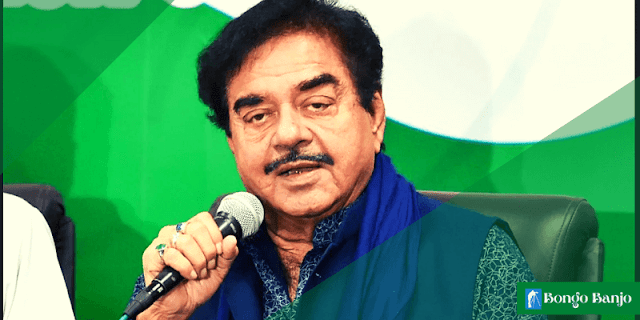 Speaking as the chief guest at the Calcutta Film Festival, Shatrughan Sinha said it was not a political platform. So do not name any political party.

The occasion was the keynote address of the Kolkata International Film Festival. Shatrughan Sinha, who had just won the Asansol Lok Sabha by-election, gave a victory speech from that platform.

Shatrughan Sinha, the chief guest at the 26th Calcutta International Film Festival on Monday, thanked Mamata Banerjee for making him a grassroots candidate in the Asansol Lok Sabha by-election.

"I thank the chief minister for giving me the opportunity," he said. I took the job challenge for the people of Asansol, "he said." I know this is not a political platform. So I will not name any particular political party or personality. "

Former BJP MP Shatrughan Sinha was described by some in the opposition as an "outsider" in the by-election campaign. In response to that allegation, Bihari Babu claimed, "My long association with West Bengal."

Referring to director Gautam Ghosh's performance in the film "Antarjali Jatra", Bollywood actor Shatrughan Sinha said, "I have acted in more than 250 movies.

But what I have learned the most is working on the underwater journey. Gautam Ghosh is my guru. "

Shatrughan Sinha also said that he still regrets not acting in the films of Satyajit Ray and Ritwik Ghatak.