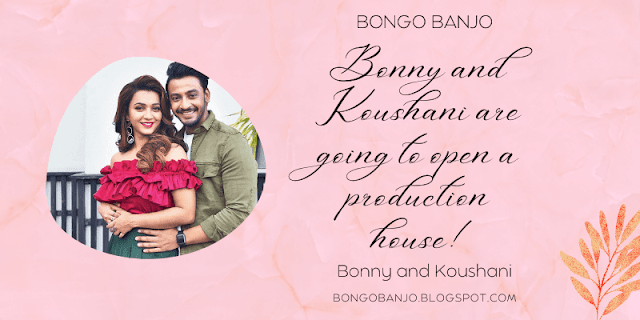 Both of them promised. They are returning after completing the temporary distance. Bonny Sengupta and Koushani Mukherjee keep their promise.

The couple's announcement on Koushani Mukherjee's birthday on May 16, they are going to bring the production company. The name of the organization will be made public on a special day.

Koushani Mukherjee's birthday party started the previous day. On this day he fed two thousand people in Durgabari. The temple is adorned with flowers of the heroine. Bonny Sengupta was by his side in all this work.

She was intoxicated with the usual celebration the night before the birthday. Cakes, drinks, merriment ... all arranged by Bonny Sengupta.

According to Koushani Mukherjee, "Birthday cakes, inviting friends, burning fireworks, decorating the house's roof, eating good and bad - there is nothing left for Bonny Sengupta." 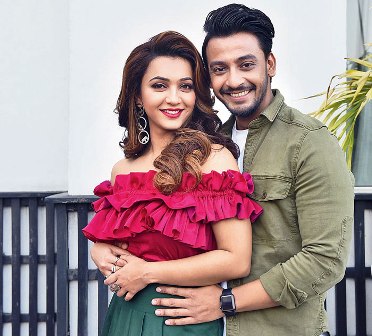 Is that all the pride melts water? The heroine smiled when she heard the question. The argument, "I said, I'm not leaving. Taking time to handle myself. Our relationship is not so easy to go. I have come a long way. There are many more ways to walk. There must be pride. Why should he sit still? "

Even on the eve of a birthday. Bonny-Koushani invited all the fans of the heroine on this day. The actress Koushani Mukherjee said that people of different ages, big and small, have responded to her invitation from far and wide. Cut the cake with them. The invitees also organized the event.

Although Bonny Sengupta organized a night party, he still did not give any special gift to Koushani Mukherjee. Bonny Sengupta said, they will start working with film production.

Would you make your first film with a great director? Which stars can be seen in the acting? Bonny Sengupta claims that everything is under discussion at the moment. The name of the film will be officially announced very soon.