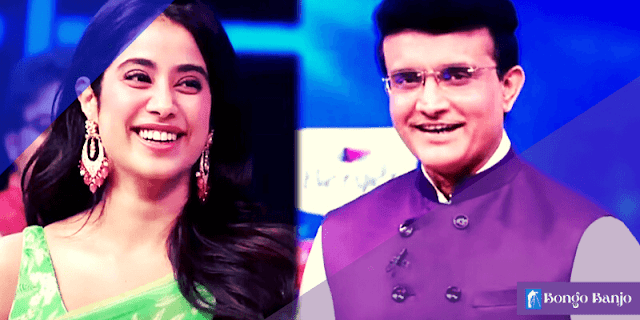 Janhvi Kapoor on the stage of Dadagiri Unlimited after Bony Kapoor and Sridevi. Sourav Ganguly claims, the circle is complete.

As a gift, a pot of Rasgolla (sweet) was handed over to Janhvi Kapoor. Heroine Janhvi Kapoor is happy to see! She requested, "Take me home? We will all sit together and eat happily. "

Janhvi Kapoor is busy shooting for the next film in Lucknow. From there the heroine Janhvi Kapoor flew to Kolkata on a day off.

Next Sunday at 9:30 pm special episode with popular YouTubers. Multiple YouTubers including Bong Guy, Talpatar Sepai, and Jyoti will take part in the show. 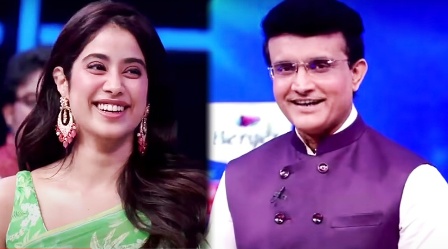 Janhvi Kapoor will also be seen playing in a round there. Suddenly Bollywood heroine on the stage of 'Dadagiri Unlimited'! Any special reason?

In the words of Shubhankar, Host Sourav Ganguly is very dear to Boni Kapoor. His wife came last time. This time their daughter came.

Sourav Ganguly will be seen dancing with Janhvi Kapoor on the stage. Will Sourav Ganguly debut on the big screen with Bony Kapoor's hand? The director claims that there is no such possibility yet.

What else did Janhvi Kapoor do when he came to Dadagiri Unlimited? Did you say anything in Bengali?

Besides playing, the contestants sang Bangla songs to Janhvi Kapoor. Some have performed the song in her films. She is very happy to see that.

Read More: Rating chart second, after that the 'Anurager Choya' is closing?