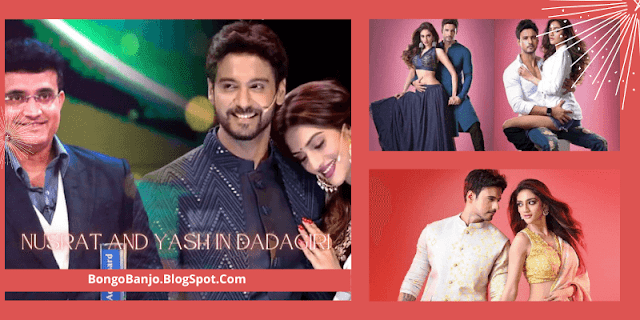 This is the first time the Tollywood star couple will be seen on the show. Besides playing, 'Yash-Nusrat' also floats in the tide of love. The promo of this special episode has come out publicly. That is when the turn of sarcasm started.

Yash Dasgupta came in a blue dress for this special episode. Nusrat Jahan was wearing a white sari with a polar edge. The star couple was losing sight of each other. 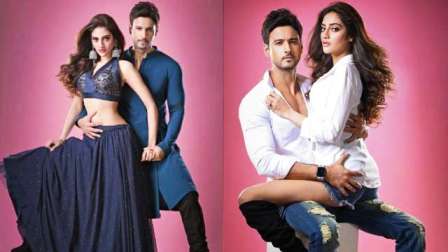 "Who cares more?", Asked the host, Sourav Ganguly. They point fingers at each other in answer to the question.

In addition to Yash-Nusrat, Babul Supriya and his wife Rachna will be seen in the show. There will be Lopamudra Mitra and Joy Sarkar also.

In the promo, Babul Supriya is seen singing the song 'Hum Tum'. Yash-Nusrat floats in the current of emotion in this song of love. Nusrat Jahan put his head on Yash Dasgupta's shoulder and showed her love. 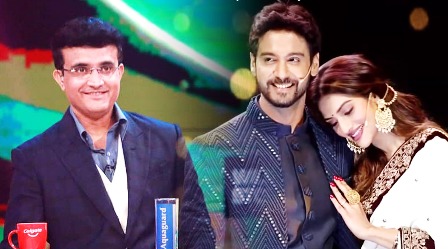 Many people like the chemistry between the two. Again, many have made fun of. One writes, "Who knows who I'll see next year." Some have even suggested showing the contestants on the show instead of the stars.

News of Yash-Nusrat's relationship with Nikhil Jain has been circulating for some time now. The rumour turned into an incident in a short time. 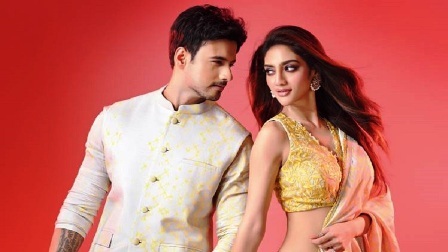 The star couple has had to stand on the fence more than once on social media. This time too he was no exception. However, as always, ‘Yash-Nusrat’ does not bother much about social media.