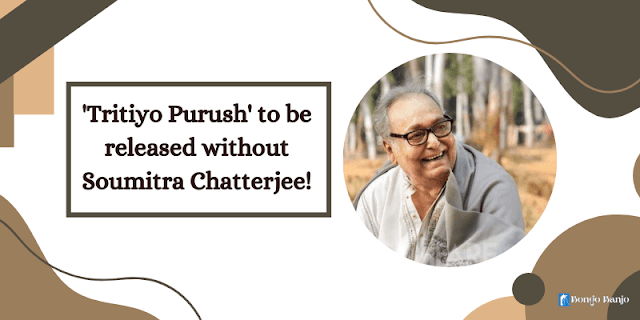 In reality, he is not. There are across the screen. Another film of him is going to be released in June. Soumitra Chatterjee is not going!

He doesn't have that. Parambrata Chattopadhyay's Abhijaan reigned in the theatre in his absence.  Windows Belashuru sings the song of life.

But after starring in Tritiyo Purush, he said he would be present on the day of release. The film will be released without him. "

In 2019, all the work on the film is finished. The film was supposed to be released in 2020. But Covid-19 has turned everything upside down. 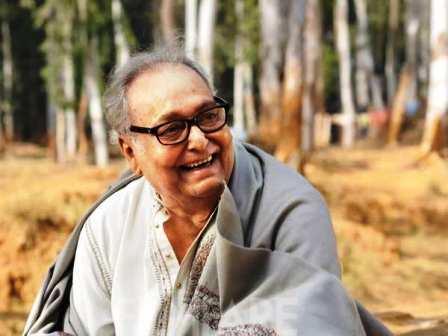 In the background of the film is the widow Soumitra Chatterjee suffering from dementia. Son (Indrajit) and Son's Wife (Srilekha) separated.

Only one grandson is in the custody of his grandfather. How can a person who can't handle himself carry the responsibility of a child?

Will the child of separation be a very healthy person? Actor's friend Manoj Mitra in the film. Lawyer Dipankar Dey.

Nandita Roy and Shivprasad Mukherjee's film Belashuru sheds light on the disease of forgetting the problems of modern life.

He also managed his grandson as a grandfather in Posto. These two popular films in the upcoming film are similar?

According to the director, Soumitra Chatterjee also played a character suffering from amnesia in films like Mayurakshi or Shraboner Dhara.

Those names also have to be said. He wrote stories like his own. Wanted to highlight it on-screen. And Soumitra Chatterjee himself got great satisfaction by acting.

Srilekha Mitra said the film was taken many years ago. Nothing seems clear anymore. However, the memory of working with Soumitra Chatterjee is always happy.

No one could have imagined that this would be his last dubbed film. The film will be directed by Pankaj Nahta and Kishore Rathi.