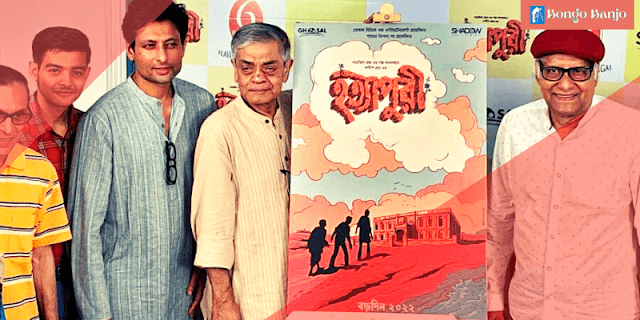 The director will decide what will be the casting of the film. Sandip Ray opened his mouth with "Hatyapuri." The first look of 'Hatyapuri' after overcoming all obstacles. Indranil Sengupta was caught in pyjamas and Punjabi.

After overcoming many obstacles, finally ‘Hatyapuri’ is on the floor. On Tuesday, the first look of 'Hatyapuri' was released.

Various problems were created around the film. The problem before the start was whether this meant at all. Standing North director Sandip Ray on the stage of the first public look. 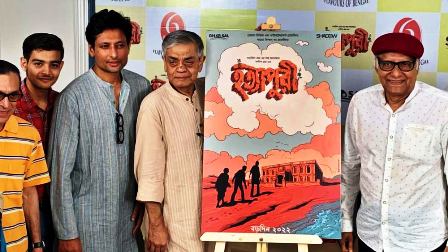 He said, "The director will decide what the casting of the film will be." I am happy with the team I am working with. I finalised Indranil Sengupta a long time ago. We kept talking. And it's not that we forced the character on him; he wanted to do it himself. "

Indranil Sengupta is also confident in Feluda. What is the actor doing to assimilate Feluda? The new Feluda replied with a sweet smile while correcting Punjabi, "I wanted to reduce smoking. That's when the character came."

And Feluda used to smoke well. I have reduced my reading and speaking books in Hindi and English a lot for this film. Bengali has not been used for a long time. So I am trying to master the Bengali language as much as I can.

Ayush Das is also very happy to be in Topse. In the words of Ayush Das, "This is a big responsibility for me." I will play the character in the story, in the picture, when I grow up. I am trying to give my 100 per cent. "