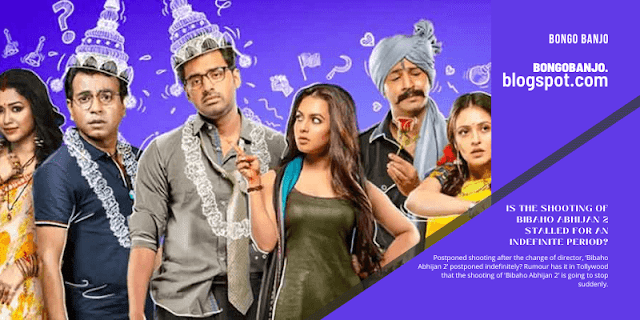 A few days ago, a solemn announcement was made: "Bibaho Abhijan 2" is coming to the floor. News of the change of director was also heard. Birsa Dasgupta was the director of the SVF-produced Bibaho Abhijan. He is no longer in the sequel to the popular film.

Instead, the film is to be directed by Sayantan Ghoshal. new buzz again on Thursday. The photoshoot was supposed to start at the end of this month. That shooting is going to go back indefinitely!

Why? Tollywood says it is also a political game. Rudranil Ghosh is the narrator of this 2019 film. He is also one of the actors. It was the same in the sequel. Or as a result of him!

According to him, the production company has stated that the shooting of the film is being postponed for some reason. However, sitting at home for an extended time. 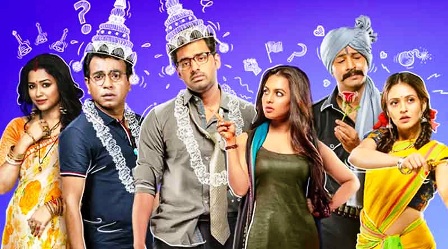 The stomach does not move by breaking the capital. "Revolution on an empty stomach is not!" I need to go back to work. But who is giving it away at the mercy of the ruling party? "

The news does not end here. Rudranil Ghosh has also written a screenplay for a series for the last one and a half years. In that series, it is said that the leading actors of the Bengali entertainment world will act.

This is probably the first-line production company to produce. Is that also uncertain? Rudranil Ghosh claims, "This is completely false information. The series will be very large in scale. For now, that is my "bird's eye view."

Because, if you don't work, what will the artist live for? On the other hand, even if the director changes, the actors in "Bibaho Abhijan 2" will remain the same.

According to Tollywood, Anirban Bhattacharya, Rudranil Ghosh, Ankush Hazra, Sohini Sarkar, Priyanka Sarkar, and Nusrat Faria will be seen making a storm on the big screen once again.

Read More:  Tarun Majumdar, the director, is not feeling well!