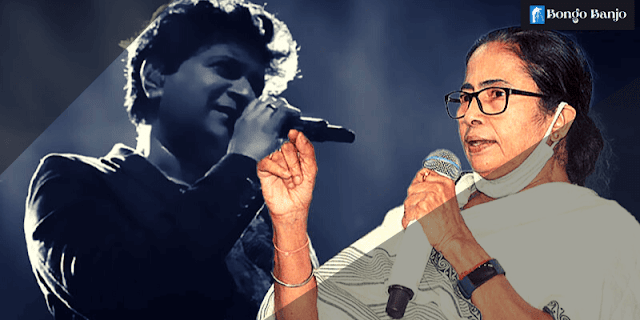 Singer KK will bid farewell to the gun salute, announced Mamata Banerjee. She is returning quickly from Bankura. The whole country mourns the loss of KK (Krishnakumar Kunnath).

The bereaved Chief Minister, Mamata Banerjee, too. She said that he would return to Kolkata after completing his tour of Bankura before the scheduled time to see the singer for the last time.

An administrative meeting was held in Bankura on Tuesday. And today, she was supposed to attend the Satighat staff meeting at noon. 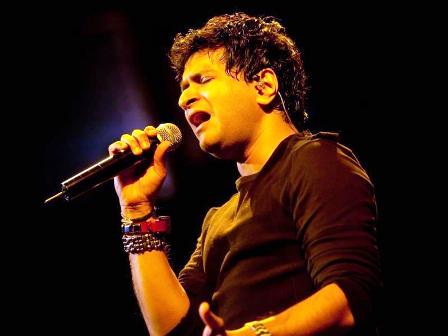 But long before that, he appeared on the stage at 10:35 in the morning. At the beginning of her speech, Mamata Banerjee mourned the untimely demise of musician KK (Krishnakumar Kunnath).

She said he had already spoken to his wife, Jyoti Krishna, on the phone. She will try to return to Kolkata soon to see KK for the last time.

She also said that Minister Arup Biswas has been taking care of the whole matter since last night. There is also the police. He is also in constant touch with everyone.

The whole country is a fan of his songs. KK (Krishnakumar Kunnath) has sung in various regional languages, including Hindi as well as Bengali. The Chief Minister is also upset over his sudden demise. 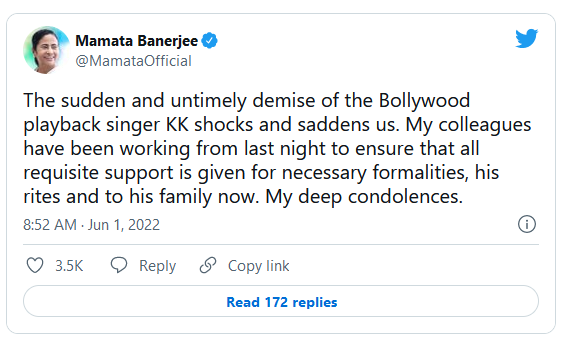 Addressing KK as' Brother', she said that KK's frozen body would be honoured with a song salute at the airport when it leaves Kolkata.

Mamata Banerjee said, "I was supposed to hold a work meeting at noon today." But I will return a little earlier today. I have decided to go out at 11:15 am. Andal will go straight.

because the weather will be very bad till about 3:30 in the afternoon. So we will go to Dumdum Airport by flight from Andal. There will be a gun salute in memory of Brother KK. "

Earlier, Chief Minister Mamata Banerjee had also tweeted condolences over the death of KK (Krishnakumar Kunnath). This time he ended his visit to Bankura before the scheduled time to meet KK's family.