The age has increased, so the danger is not completely over yet. The situation is quite critical. He is in ICU. responding He also talks a little.

I hadn't eaten anything until a few days ago. However, he has been eating rice in the tube since yesterday. There are family members. Politician Kanti Gangopadhyay came to see him. 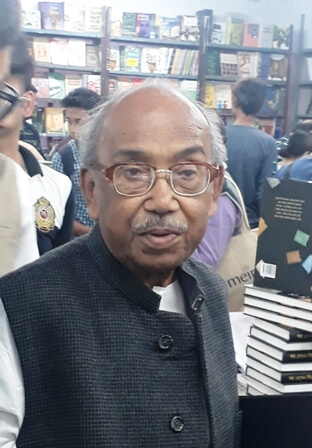 It is heard that Biman Basu also saw him. However, doctors are still not able to say that he is completely safe. He was one of the most popular directors of the seventies.

One hit film after another was in his possession. Notable among them are "Balika Badhu", "Sriman Prithviraj", "Dada Kirti", and "Valobasa Valobasa".

Not just films, but one pair after another. The director Tarun Majumder also won a national award for his film "Kacher Swarga" in 1972.