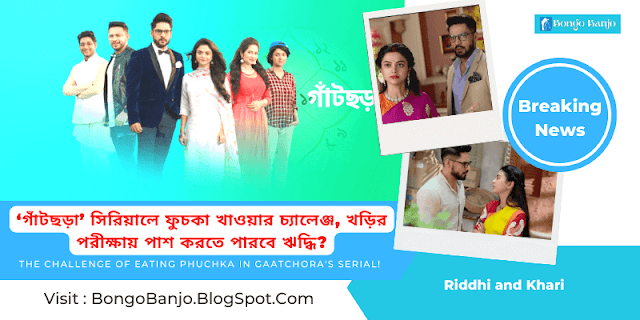 The Challenge of Eating Phuchka in Gaatchora's Serial. Riddhi will be able to pass Khari's test? Fans love to watch Riddhi and Khari's naughtiness in the "Gaatchora" serial.

This time, a new dimension is going to be added to it. Riddhi is going to compete in Khari's challenge. Will Riddhi, who grew up in a rich family, be able to pass this new test of marriage with Khari? This is the new promo for the series.

As seen in the promo, a third person has arrived between Riddhi and Khari. And this third-person likes Khari a lot. He also wants to pay the price of Khari's blow. 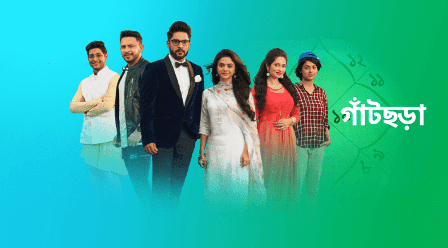 That is why Riddhi gets angry. Someone else will feed his wife. He said that he would not tolerate it at all. It was then that Khadi offered to compete with them in eating Phuchka. Riddhi immediately agreed.

The serial 'Gaatchora' has been seen in Star Jalsa since December 2021. In the serial, Gaurab Chatterjee plays the role of Riddhi, alias Riddhiman.

Solanki Roy is playing the role of Khari opposite him. The lively performances of the two were well received by the audience. 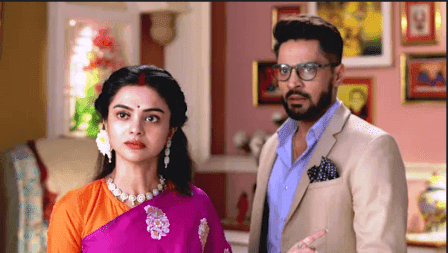 This special episode of Phuchka will be seen next week, i.e., between June 13th and June 19th. At that time, Khadi and Riddhi will have to face some new challenges.

It has been heard that Khari will be released from the charges levelled against him after recovering Bajuria's suitcase.

Bajuria will also be happy to praise Khari in front of the media with him. Then comes the news that Riddhi will take his wife to feed Phuchka.