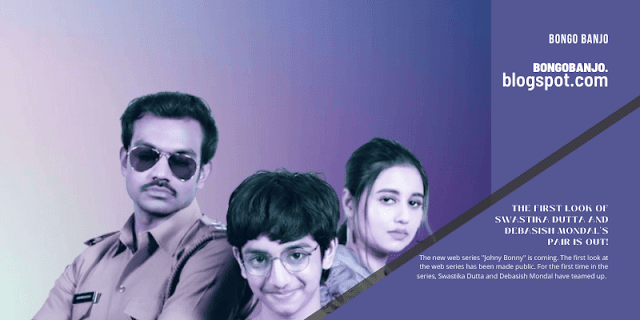 The new web series "Johny Bonny" is coming. The first look at the web series has been made public. For the first time in the series, Swastika Dutta and Debasish Mondal have teamed up.

The name of the web series is "Johny Bonny." directed by Abhijit Chowdhury. Produced by "Milky Way Films".

Readers have already been informed about this new web series on the 'Klikk platform. This time, the web series' "first look" will be made public.

In 'Mandaar', the audience saw the actor in a completely different way. Here he will catch the burnt police look. On the other hand, the audience has got Ankit Majumdar painted as a child artist for so many days. 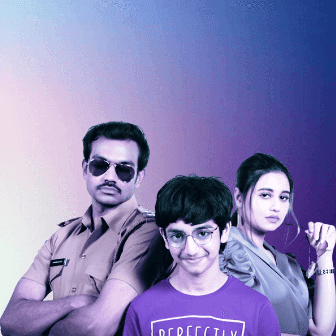 In this web series, Ankit Majumdar will be seen in the role of Bonnie. It is as if the eyes are much bigger now.

Swastika Dutta wants to match herself in different ways after the series. This 'D-Glam' look of Swastika Dutta in the new series is proof of that.

Regarding the web series "Johny Bonny", the director said, "It's a story of mixed taste. We have enlisted the help of Grand Master Divyendu Barua to create this web series, "Johny Bonny". I am very grateful. This is my first job for Klikk. I got a lot of help.

The director has previously directed web series like "Aste Ladies", "Manbhanjan" and "Aken Babu". Apart from Swastika Dutta and Debasish Mondal, Kamaleshwar Mukherjee, Loknath Dey, and many more will be seen in this web series. Streaming of the series "Johny Bonny" will start soon.