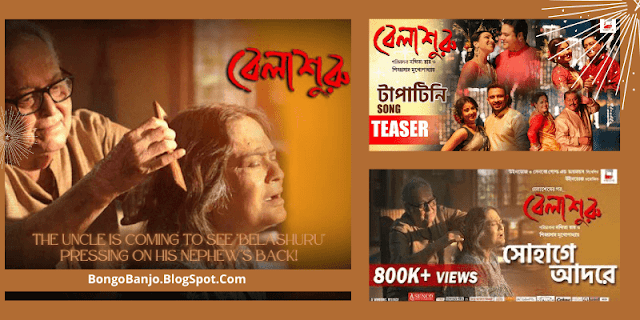 Uncle is coming to see Belashuru pressing on his nephew's back! Soumitra Chatterjee and Swatilekha Sengupta also won in the last film, Shiboprosad Mukherjee!

The triumph of Belashuru continues. More than 5 lakh viewers have seen the film by Shiboprosad Mukherjee and Nandita Roy.

The uncle is coming to see the film on the back of the nephew! Thinking of a new film scene? Not. This is how an old man came to see Belashuru in a theatre in Kolkata!

One of the producers-directors of the film, Shiboprasad Mukherjee, has been surprised.

5 lakh viewers saw the film in 20 days. Director's claim: Be it multiplex or single screen, Belashuru has started a new era in the world of entertainment.

The Soumitra Chatterjee and Swati Lekha Sengupta duo have broken all records for all the films produced by Windows. 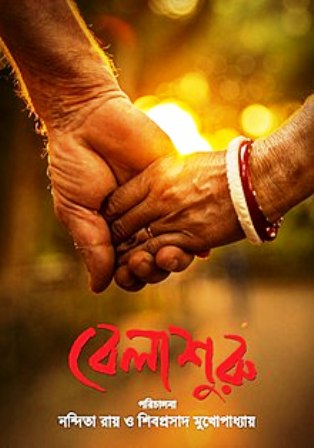 Distributor Bablu Damani also agreed with Shiboprosad Mukherjee's words. In his words, this film will exceed 50 days in glory, not 25 days.

Housefull boards will be hung everywhere that day too. because the number of audiences has already exceeded 5 lakh.

What kind of audience is coming to a theatre? The director gave the statistics. In the words of Shiboprosad Mukherjee, 1 lakh viewers have seen the film in seven days alone.

Star and Nandan theatres were housefull for 16 consecutive days. Last Sunday, the theatre was full for two consecutive shows in Navina. More than 1,600 viewers watched Belashuru in one day

The same picture in theaters like Priya, Ashoka, Menaka, Bijli. The director claims that Soumitra Chatterjee has his face in Bijli again.

Many films of the late actor at one time saw the face of Silver Jubilee, Subarna Jayanti in this theatre. Shiboprosad Mukherjee hopes that the same trend will continue in his last film.