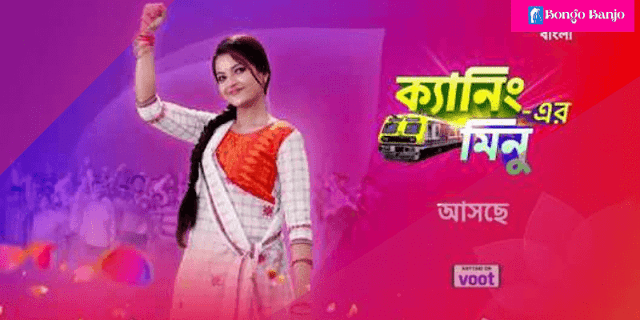 Canning Er Minu is coming to the small screen to stand up against injustice, watch the first look. Local trains are the lifeline of ordinary working people.

Many people come to work in the city by riding this train. Canning Er Minu is coming to the small screen as a representative of such hardworking people.

The struggle story of Canning Er Minu will be seen on Colors Bangla channel. Her foreshadowing came to light.

Minu cannot tolerate injustice at all. She stands against it. A glimpse of such a story is seen in advance. While sitting at the canning station, people are telling some people how to solve the problem.

Suddenly a couple came running towards her. According to them, goons have been sent to stop their marriage due to different caste. 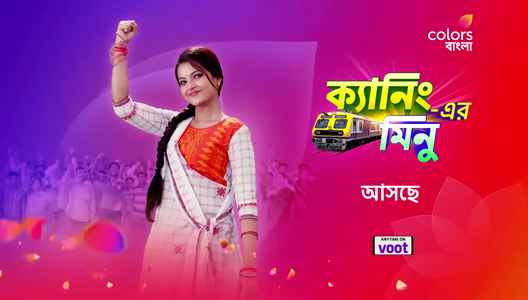 Minu stood up after hearing about the couple's problem. She called others from the station and stood in front of the thugs.

The gangsters escape under the influence of Minu. Then? Sweet ending. The couple got married at the station. Everyone cheered Minu.

This preview of the serial Canning Er Minu  has come out on Saturday. Diya Basu played the role of Minu in the series.

Diya is very popular among the viewers of Bengali television. Earlier, he won everyone's hearts with the role of Priyam in the serial Jibon Sathi. Apart from Diya, actor Sudeep Dhara was seen in the promo.

Earlier he was seen in the series Mandaar directed by Anirban Bhattacharya. As of when Canning Er Minu will be seen, nothing is known so far. However, after seeing the preview of this new serial, many have congratulated Diya on social media.

Read More: Indrani Haldar & Ushasie Chakraborty Will Be Seen in the Web Series!