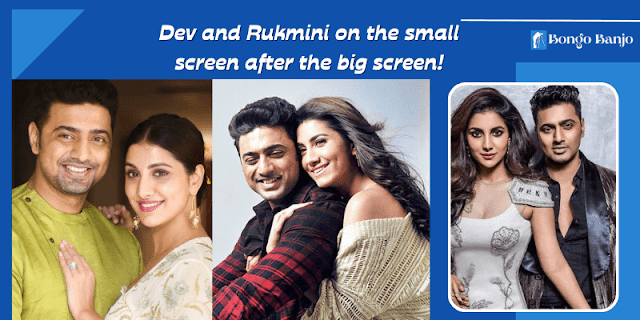 Dev and Rukmini on the small screen after the big screen! Which show will see the pair of 'Kishmish'? Even if they don't admit it themselves, Dev and Rukmini's love story is a big hit in Tollywood rumour.

But not only in public but also on the screen, Dev-Rukmini's chemistry has conquered the box office. Proof of 'Kishmish'! And now this pair is going to come to the small screen.

Let's talk about it in detail. The popular reality show 'Dance Dance Junior Season Three' is about to begin. And the surprise of the new season is the Dev and Rukmini pair. Rukmini Maitra will be seen in the seat of the judge of this show. 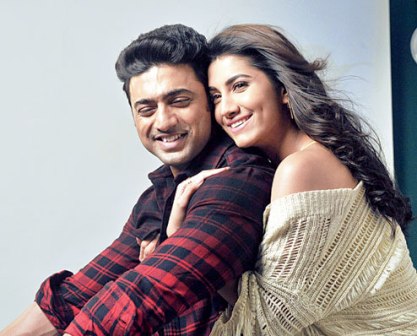 Dev, however, has been a judge on this show before. But this time, his dear friend Rukmini is by his side. Glimpses of the show have already arrived. The magic of the pair of "Kishmish" was seen there.

Apart from Dev and Rukmini, Manami Ghosh is the judge of this show. Abhishek Roy and Trina Saha are staying as mentors. Dev shared the promo for the show on social media on Thursday.

But it is not yet known when exactly this show will be seen. Earlier, the duo were seen promoting the film 'Kishmish' on the stage of Dadagiri.

At the moment, Dev is busy working on two new films. Paired with Prosenjit in 'Kacher Manush'. On the other hand, 'Projapoti' with Mithun Chakraborty. Dev is very enthusiastic about both films.