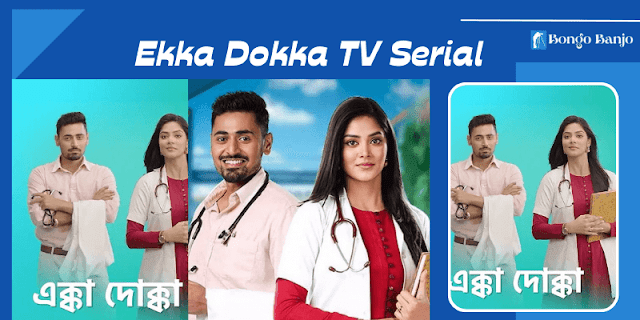 The promo of Star Jalsa's new serial 'Ekka Dokka' has already come out. Saptarshi Maulik and Sona Moni Saha caught the eye at the first glance.

And this time when the serial will be shown, Star Jalsa informed. 'Ekka Dokka' will be shown in the 9 am slot from July 16.

With the announcement of the telecast time of this serial, the viewers of Koneenica Banerjee's serial 'Aay Tobe Sohochori' have their hands on their heads. 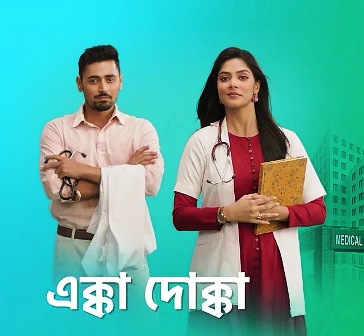 So what is going to stop this serial of Koneenica Banerjee's serial 'Aay Tobe Sohochori'?

No, not at all. Not stopping ‘Aay Tobe Sohochori’. Instead, the serial will be seen in the 10 pm slot instead of 9 pm.

Now this time the "Gangaram" is shown. 'Gangaram' will end on July 15. In that slot, you can see 'Aay Tobe Sohochori.' 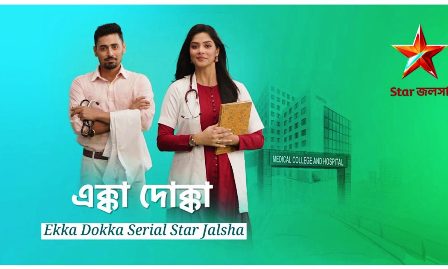 What kind of story would ‘Ekka Dokka’ tell?

Both are medical college students. Both of them are great at studying. So the rivalry is also noticeable.

Pokhraj is the first in college exams. Radhika is angry as she is second. She must be the best from the top! Radhika started fighting in her mind.

Suddenly one day in torrential rain, Radhika was holding an umbrella over her head. Radhika is surprised. 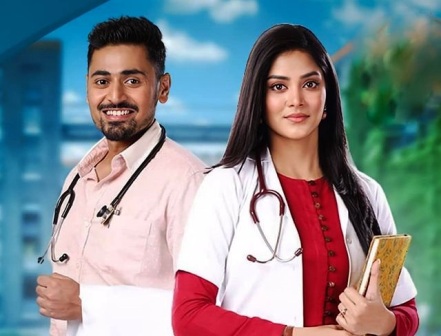 In the words of Pokhraj, let there be a fight, but under one umbrella. Such a scene shown in the promo has indicated that a sweet love story will come up in this serial. Which will start with naughtiness.

On the other hand, Sona Moni Saha, who is famous for her 'Mohar' serial, is also quite popular among the viewers. It remains to be seen how much the pair will be able to fill "Ekka Dokka".