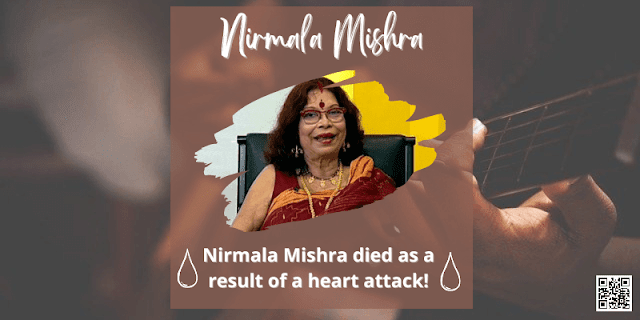 The Legendary Singer Nirmala Mishra Passed Away Due to a Heart Attack! Nirmala Mishra died of heart disease at her home in South Kolkata's Chetla at around midnight on Saturday. Nirmala Mishra was 81 years old at the time of her death.

Singer Nirmala Mishra passed away. She suffered a heart attack at home on Saturday night. She died at his home in Chetla, South Kolkata, around 12:05 PM. She was 81 years old at the time of her death. Her family includes her husband, son, and daughter-in-law.

Nirmala Mishra's doctor, Kaushik Chakraborty, said that Nirmala Mishra had been ill for a long time. Nirmala Mishra was also admitted to the hospital several times in the last 5 years for treatment. She also suffered from heart disease three times.

Three to four days ago, the illness suddenly increased. Her blood pressure dropped quite a bit last Thursday. But she didn't want to go to the hospital anymore. Her breathing problem started on Saturday morning. She died that night. 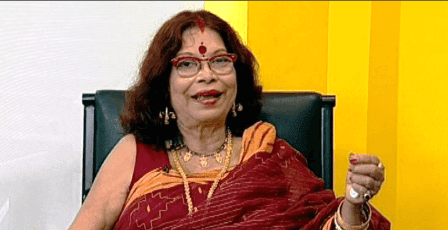 On behalf of the Information and Culture Department of the West Bengal Government, arrangements have been made to pay tribute to the late musician Nirmala Mishra at Rabindra Sadan from 11 a.m. on Sunday.

One of Nirmala Mishra's famous songs is "Emon Ekta Jhinuk Khuje Pelam Na." According to family sources, the artist Nirmala Mishra was born in present-day South 24 Parganas in 1938.

Her father was Pandit Mohinimohan Mishra and her mother was Bhavani Devi. They came to Kolkata because of their father's job. Her entry into the music world was at the very beginning of the sixties.

West Bengal Chief Minister Mamata Banerjee has condoled the demise of eminent musician Nirmala Mishra. The Government of West Bengal awarded her with the 'Sangeet Somman' in 2012, and the 'Sangeet Maha Somman' and the 'Bongo Bibhushan' in 2013.