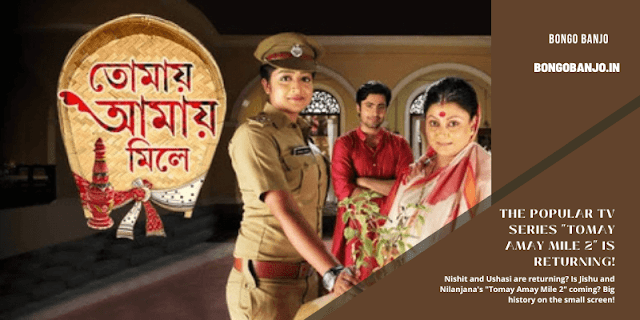 Nishit and Ushasi are returning? Is Jishu and Nilanjana's Tomay Amay Mile 2 coming? Big history on the small screen! If the rumours are true, the audience is going to watch the sequel to the popular series. news, Tomay Amay Mile 2 is coming?

Do you remember Nishit and Ushasi? A village girl studied and became an IPS officer after marriage. Her husband, Nikhil, supported her all the time in various ways. At night in Star Jalsa, the excitement of watching the series Toma Amay Mile in front of the small screen!

Tollywood is saying that the series is going to return again. Roosha Chatterjee and Riju Biswas can return to the roles of heroes and heroines in this series. 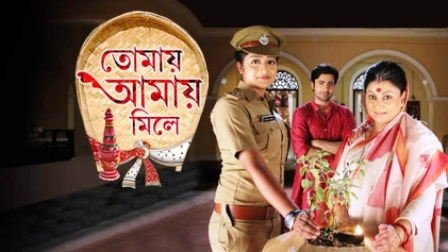 Jishu and Nilanjana Sengupta's production company, Blues Water, will produce the sequel to the series. The shooting of the promo will start in August itself.

Riju Biswas is currently busy with Raj Chakraborty's Godhuli Alap. He is playing the role of Kaushik Sen's brother in this series. Is he returning to Nishit again?

The actor Riju Biswas claimed, I have heard that too. Many people have asked on the set, "Are you leaving the series "Tomay Amay Mile? I could not give a clear answer to anyone.

But if Raj Chakraborty gives permission and if the serial is really made a sequel, he is willing to become 'Nishit' again.

If the sequel is made, will Riju Biswas want Roosha Chatterjee on the contrary? According to the actor, he would like to get back all those who were in the series.

Read More:  Will Dev Be Like Jatindranath Mukherjee In His Next Film "Bagha Jatin"?