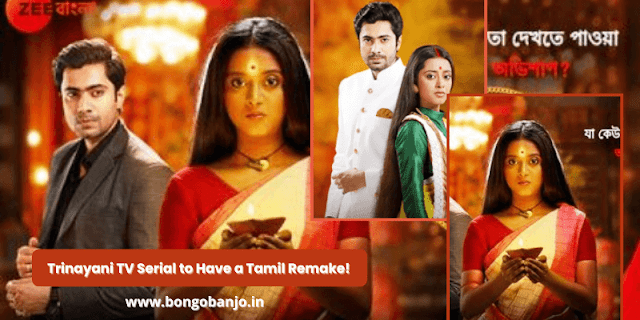 Straight South from West Bengal, this time the remake in Tamil is the popular tv serial 'Trinayani'! Bengali films have been made on the cinema screen by imitating Tamil films.

Sometimes it's an official remake, sometimes it's a copy-paste. However, in the case of the serial, the opposite is true. Inspired by Bengali serials, one Southern language serial after another is being created this time!

The list is long. "Srimoyee", "Khukumani Home Delivery", "Khorkuto", "Kusum Dola" etc. Remakes of these serial have already been seen on the screens of southern television, garnering praise from Bengali viewers.

And this time the popular small screen faces Shruti Das and Gaurab Roy Chowdhury's serial 'Trinayani' has entered this list! 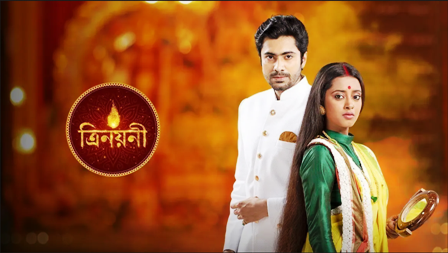 This time 'Trinayani' is going to be remade in Tamil. Whose name is 'Marie'. Popular faces of the Tamil industry Ashika Gopal Padukone and Delhi Ganesh will be seen in this serial. The promo of this serial has already been released.

Actress Shruti Das's performance, in particular, garnered rave reviews. Trinayani also left the other serial behind in terms of TRP.

The story of a visionary girl came up in the serial 'Trinayani'. There were surprises in every episode. This time ‘Trinayani’ is ready to make a bet in Tamil with that surprise.