Tiger killed by Bagha Jatin! This proverb is in a Bengali film this time. courtesy of Dev Adhikari.

Such is the news in Tollywood. Director Arun Roy's third film, Bagha Jatin, is nearing completion. Apart from producing this film, the MP and actor, Dev Adhikari, will also play the lead role.

That is, he is Bagha Jatin! He will be seen again in a historical role after Nagendra Prasad Sarbadhikari in Golondaaj. The shoot for Prajapati is almost over. The actor, Dev Adhikari, has already started studying the life of the freedom fighter.

In the director's words, I have been writing about Bagha Jatin for the last one and a half years. I don't know anything more than that 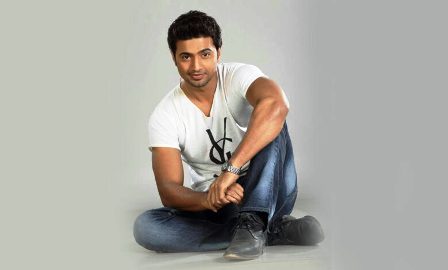 On this front, Tollywood is saying that if everything goes well, the shooting of the film will start after Durga Puja. The director is preparing like that. Dev means the opposite of Rukmini Maitra or Isha Saha. Who will be the wife of Bagha Jatin?

Why did director Arun Roy make patriotic films again and again? The names of the actors and actresses are not known, but like in the previous film, a bunch of stage actors will be seen in this film.

And at the rate at which mystery thrillers or relationship films are made, there are hardly any patriotic films in Bengali. The director, Arun Roy, has taken the responsibility of filling that gap.

VFX work will cover the majority of the film. The Undivided Bangladesh of that time, Jatindranath Mukherjee's bare-knuckle fight with the tiger—all will be shown through VFX.