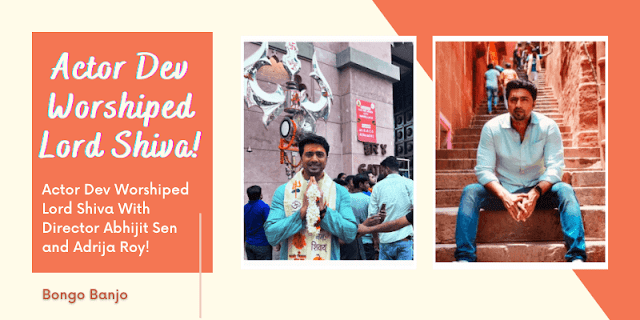 Shravan is the month of Lord Mahadev. Keeping this in mind, Tollywood's Adrija Roy and Dev himself worship the lord, Shiva.

working on one side. On the other hand, don't forget to take the blessings of God. The shooting of the second phase of his upcoming film "Prajapati" with Mithun Chakraborty will begin this month.

Before that, actor Deepak Adhikari or Dev reached Varanasi to seek the blessings of the adorable deity. With Director Abhijit Sen. There was whispering in Tollywood as the news spread. 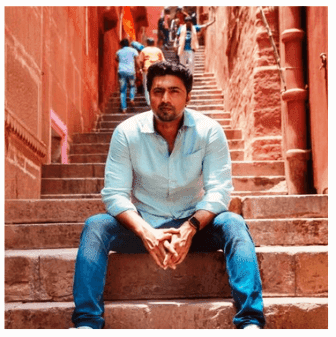 For which film did the producer and actor pour water on Lord Shiva's head in the month of Shravana? For 'Prajapati', or another of his upcoming films, 'Bagha Jatin'?

The director, Abhijit Sen, was admitted to Shiv Puja. and said that he has always been a devotee of Lord Shiva. So Kashi (Varanasi) reached out to seek the blessings of the god.

This time I will accompany Dev. He also praised the management there. Both have been able to worship the adorable deity with devotion. 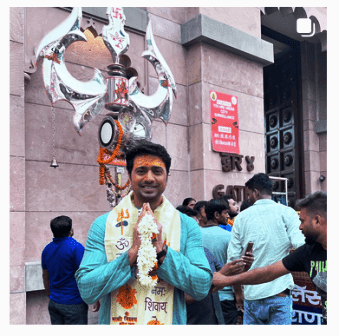 The actor Dev was seen in blue Punjabi on this day. With director Abhijit Sen. A few films with Dev in the lead role.

The trailer of Prosenjit Chatterjee-Isha Saha-Dev starrer 'Kacher Manush' is likely to be released on August 15. Besides, Dev is acting in "Prajapati".

Once that shoot is over, he will start working on the patriotic film 'Bagha Jatin'. Directed by Arun Roy, actor Dev is in the lead role. News: Apart from acting, Dev is also the producer of this film.

Along with Dev, another Tollywood actress was also seen worshipping Lord Shiva on Sunday. She is Adrija Roy. She returned from Arab a few days ago. She also celebrated her birthday there.

Read More:  Kolkata Chalantika & Lokkhi Chele will be released on the same day!