Sona Da or Abir Chatterjee is coming back to solve the new mystery. The poster of the film Karnasubarner Guptodhon has been released. 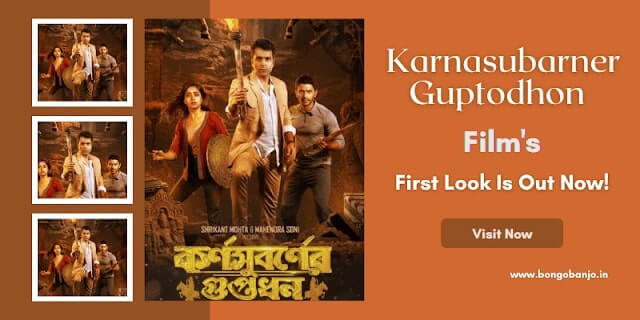 It was already reported that Sona Da, Abir, and Jhinuk were going to come up with a new mystery and its solution this year.

It was indicated that, like in the previous two series of films, Abir Chatterjee, Arjun Chakraborty, and Ishaa Saha will also be surprised by the new film. The film, Karnasubarner Guptodhon, will be released on September 30th, 2022.

Director Dhrubo Banerjee started his journey in the world of cinema with Guptodhoner Sondhane. The audience loved Abir Chatterjee as Sona Da in the first film.

Arjun Chakrabarty and Ishaa Saha's natural performances were also appreciated. Later, the three returned with the Durgeshgorer Guptodhon. There is also a mystery story.

This time the director is bringing Karnasubarner Guptodhon for mystery-loving people. Dhrubo Banerjee is producing the new film under the production of SVF. 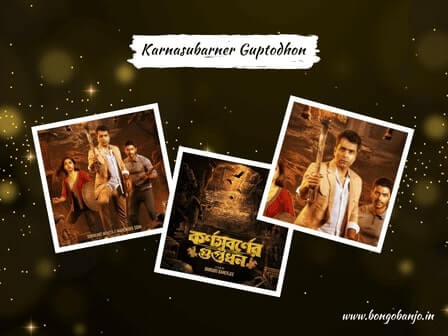 Talking about the film, the director, Dhrubo Banerjee, said that every film in the Guptodhon series is very close to him.

Because through this, his journey into the world of glamour began. The director said that this film would be larger than life.

Dhrubo Banerjee wrote the screenplay for the film jointly with Saugata Bose. Soumik Halder is handling the cinematography for the film. And Bikram Ghosh is directing the music.

It is to be noted that Dev received praise for playing the role of Nagendra Prasad Sarbadhikari in the film Golondaaj, directed by Dhrubo Banerjee.

According to the information obtained from the Internet, the film, made on a budget of 4 crores, has done more than 10 crores.

The box office reports of the rest of director Dhrubo Banerjee's films are also quite good. As a result, fans believe that he will serve a new audience this time.