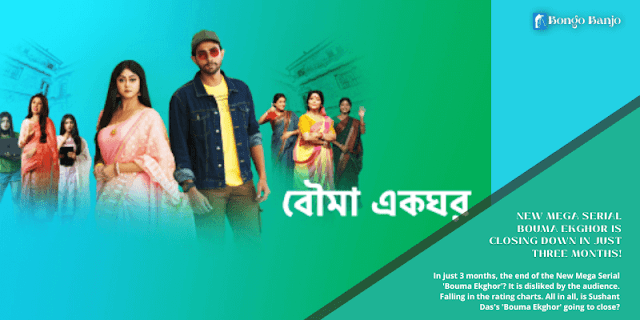 In just 3 months, the end of the New Mega Serial 'Bouma Ekghor'? It is disliked by the audience. Falling in the rating charts. All in all, is Sushant Das's 'Bouma Ekghor' going to close?

Star Jalsa's serial routine has major changes. 'Godhuli Alap' will be shown next month at 10:30 PM. That is, in place of Sushant Das' serial 'Bouma Ekghor'.

The new serial 'Nawab Nandini' is coming in place of Raj Chakraborty's serial. If so, is the 'Bouma Ekghor' ending in just three months?

It is known that Sushant Das is in Mumbai for urgent work. Serial actress Sushmita Dey also did not want to talk about the matter.

Tollywood rumours suggest that the actress Sushmita Dey was shocked by the suddenness of the incident. 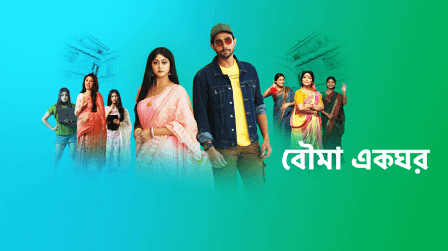 The actress Sushmita Dey could not think that the series of the producer who brought her to the acting world, gave her popularity, and his other series would catch her in this way!

Sushmita Dey was known to the small screen audience as the producer's 'Aparajita Apu'. But why, in just three months, this situation of 'Bouma Ekghor'?

Tollywood says that 'Bouma Ekghor' has been the target of viewers' sarcasm since the beginning. The binding of the screenplay was also not strong. Sushmita Dey was being shown in almost the same role as 'Aparajita Apu'.

As a result, the series failed to make any impact on the rating charts as well. Everything works behind the scenes. All in all, the lifespan of 'Bouma Ekghor' was only 90 days!