According to the news, the last episode of this series will be aired on August 5. However, the channel authorities did not comment on this.

On August 17, 2020, Star Jalsa's Khorkuto hit the TV screens. This serial caught our attention from the first episode. This series reached the top of the TRP list within a week.

Gungun, Soujanyo, Jethai, Potka, and Putu Pisi won the hearts of the audience. The late actor Abhishek Chatterjee was seen in the role of Gungun or Trina Saha's father in this series. However, over the past few months, Gungun has lagged in the TRP battle. 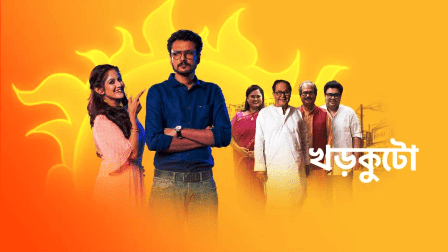 The timeslot of the serial kept changing. Attempts are also made to make the serial exciting by changing the twist of the story in various ways.

When asked about this recently by the media by Saji or Sonal Mishra. Sonal Mishra said that the end of Khorkuto has not been officially announced yet.

But every series will end one day or the other. At the moment, there is excitement in Mukhopadhyay's house over the marriage of Potkar's daughter Saji in the Khorkuto serial.

She is going to marry Arjun, the associate professor of the college. Everyone was happy with that. It is said that the story of Khorkuto is going to end with joy, happiness, and sadness.

Read More: Ditipriya Roy and Dibyojiti Dutta are in a new music video together!