This news is being heard in Tollywood. While responding to a media outlet, serial actress Srijla Guha has also accepted the truth of the news.

The Mon Phagun Tv serial started in July 2021 at Star Jalsa. The series is about the tension between Rishi and Pihu. Rishi and Pihu, are childhood friends.

Due to an incident, the two were separated. Growing up, they met again. Since then, the two have had to go through various setbacks.

Sean Banerjee plays the role of Rishi in the series. Sean Banerjee is the grandson of Supriya Devi. Female fans like him a lot. 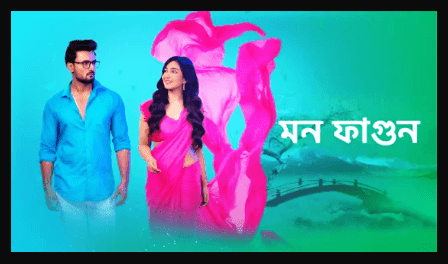 On the other hand, Srijla Guha is quite popular in the role of Pihu, opposite Sean Banerjee. This pair of Rishi and Pihu is a favourite of the small-screen audience.

It has been heard that the last shooting of the Mon Phagun Tv serial will be on August 17. The last telecast of the serial on the channel is on August 21.

Before a year passed, the serial started to be closed in this way. Responding to the media, the actress said that this series has given her a lot. The biggest credit goes to Geetashree Roy.

Geetashree Roy played the role of Rishi, Pihu's sister, in the serial. Television viewers like her very much. For Geetashree Roy, this pain is like being separated from the family. But he will not miss Srijla Guha.

Because they must meet outside. But the viewers of Bengali television will miss this story of Rishi and Pihu. Meanwhile, the new TV serial Madhabilata is going to start on Star Jalsa on August 22.