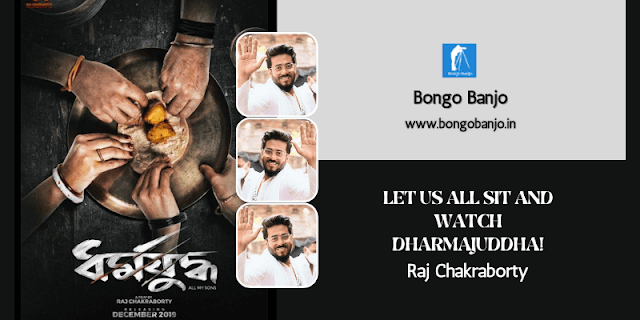 Let us all sit and watch Dharmajuddha! Director Raj Chakraborty invites all politicians in Nandan to the film instead of boycott debate.

Laal Singh Chaddha, Raksha Bandhan, and Dobaaraa call for a boycott of Bollywood films. Recently, a strange trend started on social media. However, Tollywood was not exempted from this boycott trend.

A boycott of the recently released film Dharmajuddha by director Raj Chakraborty has been called on social media. Netizens have been making various provocative posts to boycott the movie.

Although he was silent at first, director Raj Chakraborty himself opened up about this boycott incident on social media. But he didn't just open his mouth. Instead, Boycott took unique steps to respond to the controversy.

Director Raj Chakraborty is invited to watch Dharmajuddha at Nandan Theater on Tuesday. The director said that he would also be in this show. 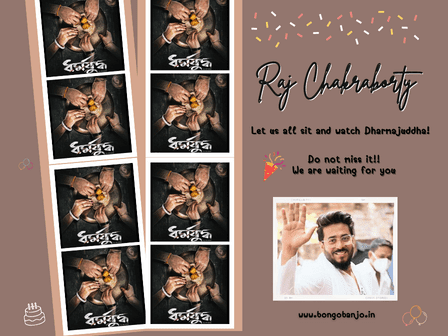 Director Raj Chakraborty said, Dharmajuddha speaks of communal harmony. There is nothing in the story of this film that hurts religious sentiments. To oppose this film is to oppose harmony. That is why I invite everyone to watch this movie.'

In Raj Chakraborty's words, 'I have invited prominent people of the city to see this film. Party or political differences were not kept in mind during this invitation. I want everyone to see this film, then judge. Even those who are talking about boycotting this film, come on. I will also sit and watch the film with you. Ask me questions after the film. Why is there a sudden call for a boycott!'