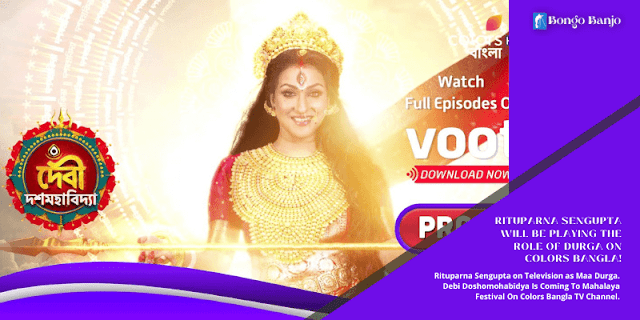 The Mahalaya festival is coming. It can be heard in the house of Bengal only when the morning light breaks out at a certain time. Birendra Krishna Bhadra's indescribable voice. Bengali's exclusive Mahalaya will begin.

This time in Mahalaya, the TV screen audience is going to get a special treat. This is the first time Rituparna Sengupta will be seen as Maa Durga on the Bengali television screen.

The beginning of Devi Paksha is marked as Mahalaya. This juncture is important for human life. The sages have interpreted the word Mahalaya, which means great, in various ways.

Since Mahalaya marks the moment of Maa Durga's invocation, many believe that the goddess herself is this shelter. According to another view, this great Alaya is Pitrlok. As it marks the end of patriarchy. Right from the next day, Devi Paksha begins. 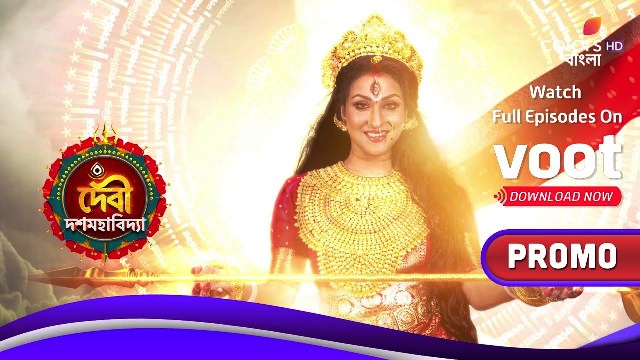 Rituparna Sengupta is coming to the Colors Bangla channel at this very moment in the costume of Maa Durga. She will be seen as Maa Durga in the Debi Doshomohabidya TV show.

Already glimpses of Rituparna Sengupta's outfit have come out. The actress is dressed in a red saree and has a full body of the jewellery. It is known that the actors and actresses of other serials on the Colors Bangla TV channel will also be seen in this special show.

Soumitra Chatterjee, Swatilekha Sengupta, and Rituparna Sengupta's performances in the movie Belashuru were appreciated. A few days ago, she received the Bongobhushan award again.

The actress Rituparna Sengupta will be seen in the upcoming film Akorik. She played the role of a single mother in the film directed by Tathagata Bhattacharya. Victor Banerjee will also be seen. The film is slated for release by the end of August.