Sohini Sarkar is gone! Face-to-face with Rishav Basu and Madhumita Sarcar on the streets of South Kolkata?

The city of Kolkata was in love with Rajalakshmi-Srikanto. Will the city people sink into the dark chemistry of Abhaya-Srikanto this time?

A man sips a hot drink in a coffee shop. So the other person's approach to the nail art salon in the neighbourhood! Suddenly, they face each other.

This is how the Rishabh Basu-Madhumita Sarcar is seen in the streets of South Kolkata! Such news has spread from Rishav Basu's close circle.

Tollywood says there is more news. Sohini Sarkar and Ranjoy Bishnu's love is a cloud of disaster! How?

In breaking news, the chemistry of Rishav Basu-Sohini Sarkar in the web platform series "Srikanto" was thrown away. The production company, Acropolis Entertainment, has decided to make its sequel. 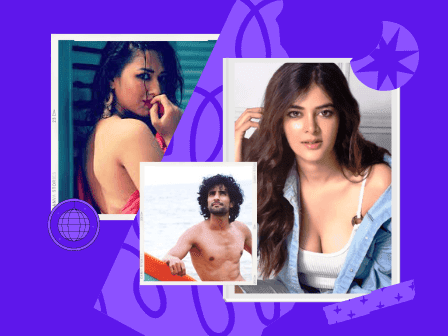 If everything goes well, the shooting of the series may start in September. Directed by Sunny Ghosh Roy.

Sohini Sarkar, Rishav Basu, and Madhumita Sarcar face each other again for the sake of acting! Will the tree float in the tide of love again on the screen?

According to the initial draught of the script, Rajalakshmi plays a very small role in Srikanto's life in the sequel. His attraction to Abhaya will be intense. This Abhaya is Madhumita Sarcar.

In the first episode, the audience saw Abhaya along with Rajlakshmi. And what will be in the new series?

At the end of the new episode, Kamalalata will come in front of the audience! Who will play this role? Tollywood says that is not fixed yet.

And Rishav Basu and Madhumita Sarcar's meeting outside the screen? According to the close circle of the actor, the two fell face-to-face a couple of times by coincidence. courtesy exchange after everyone is on their way!