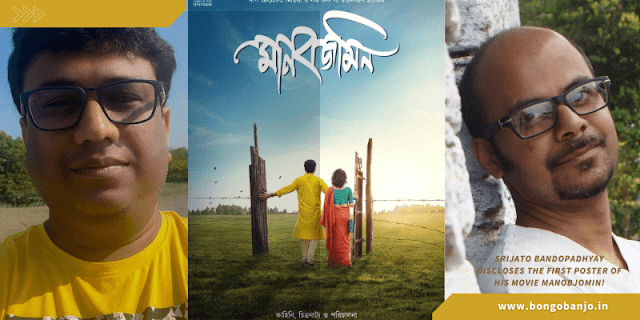 because the first poster of his first film, Manobjomin, was released. The deep blue sky touched the green fields. The director's character is standing in front of the field.

Directed by poet Srijato Bandopadhyay. The audience looked forward to the announcement. I have been reading his writings for a long time. That is the writing on the screen this time.

Director Srijato Bandopadhyay said I am worried. A lot depends on what wrapper is being served. Many pictures were taken during the shoot, and one of them caught my eye. I insist that the picture should be on the poster. I am confident that people will like it. His answer was, yes. Even if you say good morning, many people will look at you. Rather, it would be surprising if it was not. I am not worried about them at all.

Gradually, everyone will be involved with the organisation in various ways. The film is produced by Rana Sarkar. Manobjomin will probably be released by the end of this year.