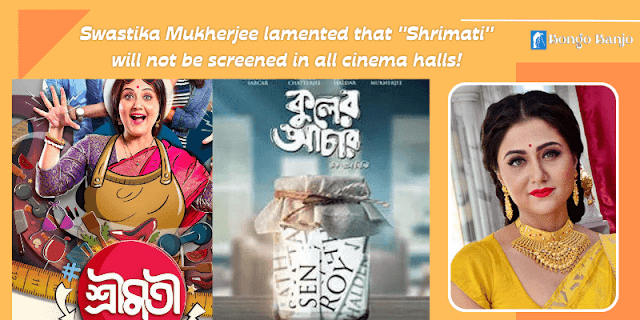 In the fourth week, there is no Shrimati in cinema halls! Swastika defeted by Kuler Achar! The tension between Kuler Achar and Shrimati The film left West Bengal in the third week itself. What does Swastika Mukherjee say?

The fight over my own film, Shrimati, is over. Come see the films. Come see my face. Come take a selfie. Elei to holo—for the sake of publicity, he stormed the net media like this.

After that, the film was released in all the theatres in West Bengal in just the third week. Is Swastika Mukherjee defeated by SVF Production Company's Kuler Achar?

The actress did not name anyone. Only anger was raised after the last showing of the film on Thursday night. said, 'I thought, today is our last show only in Nandan.' It is not. Today is the last screening of our film in the whole of West Bengal.

Also, Swastika Mukherjee sincerely thanked the audience for loving Shrimati. to love her too. Because, apart from the film, many viewers have come to the theatre for the attraction of Swastika Mukherjee. With that, she regretted, 'I will try to do a better job. But I don't know how much wood you have to burn to get to that work, or how much I can do.' 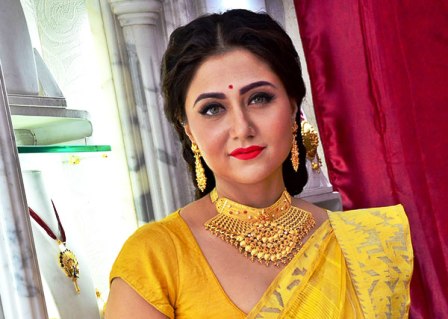 A two-year wait due to the pandamic. Arjun Dutta's Shrimati was released across West Bengal on July 8. A slew of celebrities appear in the film.

It is not wrong for a girl to want to stay married only, said Shrimati. The film has been acclaimed by the audience since its first week.

The problem arises in the second week. SVF's film Kuler Achar is released. She claims that Shrimati is not being shown in theatres despite being superior in terms of quality and acting. not getting good showtime either.

The film opened in 17 theatres in the first week. In the second week, that number decreased to only four! All showtimes are noon.

Swastika Mukherjee claimed that the second film is taking over the space with ease because it is under the umbrella of a reputed production house. SVF, however, dismissed the allegations.

Read More: Ditipriya Roy and Dibyojiti Dutta are in a new music video together!