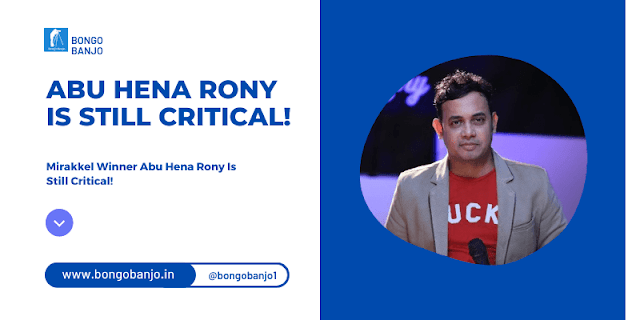 This board includes the Director of the Burn Unit, a Professor of Medicine, and a Medical Officer. Apart from Samant Lal Sen, two doctors from Dhaka Medical Respiratory Medicine and Hematology Department have also been kept.

They are tested for COVID-19. The news is that his report came back negative. The artist was further tested. Blood tests show low platelets.

Abu Hena Roni is still in a state of crisis. S M Ayub Hossain is a resident surgeon at the Sheikh Hasina National Burn and Plastic Surgery Institute in Dhaka.

In such accidents, burn victims have multi-organ problems. Therefore, doctors said that it was not possible to say anything about Abu Hena Roni's physical condition for at least seven days.

It is to be noted that on Friday evening, a gas balloon kept for a function in the Gazipur District Police Lines ground, a little away from Dhaka, exploded.

Apart from Abu Hena Roni, four other people were burnt in the explosion. Three of the injured, including Abu Hena Roni, were sent to the Burn Institute in Dhaka in critical condition. 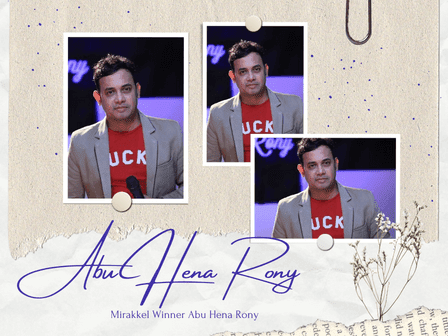 Apart from Abu Hena Roni and Zillur, the other person under treatment is Mosharraf Hossain.

Ayub Hossain said that Abu Hena Roni's trachea and one ear were burnt. He has been kept under strict observation in the ICU.

Eminent doctors said that they are making every effort to recover Abu Hena Roni. But it is not possible to say anything now.

Abu Sayem Nayan, Assistant Commissioner of Dhaka Metropolitan Police, said that some gas balloons were placed on the east side of the stage to be blown.

The Chief Guest, Home Minister Asaduzzaman Khan Kamal, failed to fly them after several attempts. He could not fly the balloons because of an error.

Later, the Home Minister and other guests proceeded towards the main stage of the programme. The balloons were then taken behind the opening stage.

After a while, an explosion was heard. It can be seen that all the balloons behind the opening stage have exploded and spread around. All the injured, including Abu Hena Roni, fell to the ground.

They were rescued and taken to hospital. Abu Hena Roni was one of the best contestants on the reality show Mirakkel. Mir Afsar Ali asked to pray for his recovery.

Read More: Many Bengali films will be released during Durga Puja!