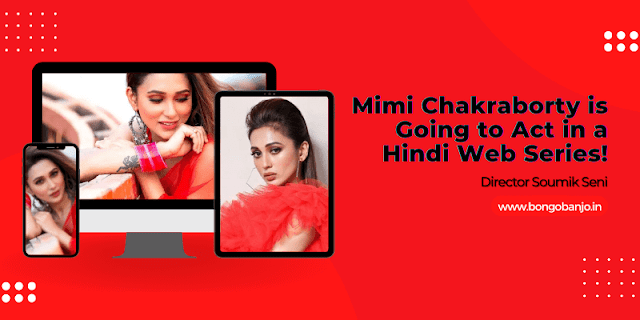 She is going to act in a Hindi web series. Ali Fazal works as an actor.It should be noted that Swastika Mukherjee, Paoli Dam, and Raima Sen have previously worked on Hindi film series.

On the other hand, Jisshu Sengupta, Saswata Chatterjee, Parambrata Chatterjee, Tota Roy Chowdhury, and Rajesh Sharma have done a lot of work in Hindi.

Some time ago, Abir Chattopadhyay also worked on the National Platform. Raj Chakraborty's Bollywood debut has also been recorded.

Although Mimi Chakraborty has previously acted in the Hindi remake of Posto, the film is awaiting release. However, this is the first time that she has been offered the lead role in a Hindi web series.

It is heard that Mimi Chakraborty will work under the direction of Gulaab Gang and Mahalaya's famous Bengali director, Soumik Sen.

Now the question is, who will be the hero of Mimi Chakraborty?

According to rumour, the talks with Ali Fazal have progressed a step. But the more interesting thing is that a popular intellectual and actor in Bengali films will be seen sharing the screen with Mimi Chakraborty. 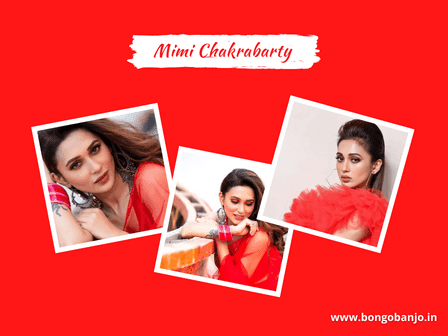 He came from the theatre and made his place in the cinema in a short time. And he is on the list of favourite actors of all the established directors of West Bengal.

He is Anirban Bhattacharya.

That Hindi film is yet to be released. Mimi Chakraborty and Anirban Bhattacharya have worked together before. Two people, Dracula Sir, got success in West Bengal.

Now let's see if Anirban Bhattacharya agrees to work in this Hindi series or not. In that case, this will also be his first Hindi web series work.

Anirban Bhattacharya also did not want to comment. But it is said that the proposal has already gone to the hero.

So who is Mimi Chakraborty's hero in the Hindi web series? That answer will be available very soon.