Light and darkness play in the royal palace, and the teaser of "Ballabhpurer Rukpotha" is directed by Anirban Bhattacharya. 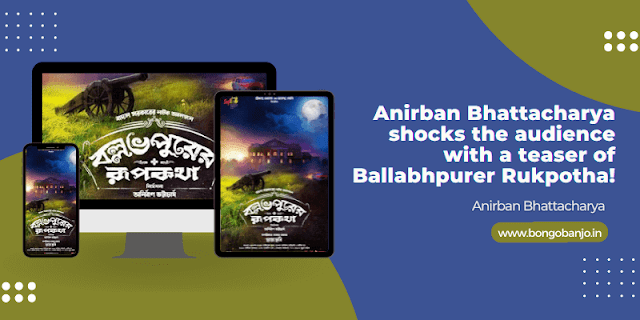 Stop at the old house. A game of light and darkness The teaser of "Ballabhpurer Rukpotha" is in full swing.

Film lovers claim that Anirban Bhattacharya is going to surprise everyone with his first big screen film after the web series.

The proof is found in the teaser. If everything goes well, the horror comedy film will be released on Kali Puja this year.

The first look at the film on the first day of 2022 was released. There are two main characters in "Ballabhpurer Rukpotha".

The last heirs of the Roy family are Bhupati Roy and his servant Manohar. The story of the film is supposed to progress with these two people.

This descendant of the Roy family who once managed the kingdom of Ballabpur is financially suffering.

Finally, the offer to sell the house came to Bhupati Roy. After that, the house buyer, Bhupati, and servants Manohar and Gost started various scandals. 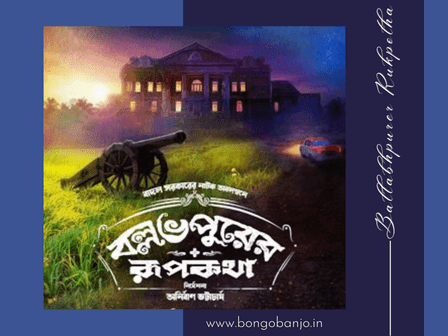 And with that, director Anirban Bhattacharya is going to surprise. The proof of that is found in the teaser.

The teaser begins with some important announcements. In the 1 minute 29 second teaser, the game of light and darkness touched everyone's heart.

There is no doubt that the call of 'Raghu Da, where are you?' created a different mood inside the dark palace. The glimpse of the ghostly incident in Rajbari in the middle of the night touched the hearts of moviegoers.

Anirban Bhattacharya started his acting career in the theatre. He has already won the hearts of the audience with his acting skills. In directing the web series "Mandaar", he is, in one word, excellent as a director.

He is going to enter the field of directing on the big screen for the first time, based on Badal Sarkar's play 'Ballabhpurer Rukpotha'. Anirban Bhattacharya is also writing the screenplay of the film in partnership with Pratik Dutta.

Shubodeep Guha and Debaraj Bhattacharya are in charge of the music for the film. Ballabhpurer Rukpotha is going to hit the theatres on Kali Puja. Fans are eagerly waiting for the release of the film.

Read More: Many Bengali films will be released during Durga Puja!