Here Is What Aparajita Adhya Said About the Recent Rumours About Her Doing a Rannaghor TV Show. 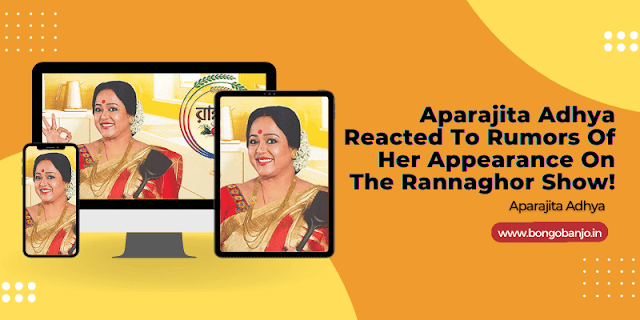 The host of Zee Bangla's popular TV show, Rannaghor, is changing. Aparajita Adhya can be seen hosting the show instead of Sudipa Chatterjee. Such news was sparked.

Is it so? Aparajita Adhya replied.

She said, 'There is no truth in this news. She is not hosting the Rannaghor TV show at all. Also, there is no possibility of hosting any cooking shows. Wrong news is being reported unnecessarily in some places. It is being published again. But she said that there was no such possibility.'

Please note that a few days ago, Sudipa Chatterjee, host of the Rannaghor TV show, was heavily criticised for commenting on Swiggy's delivery boy on social media. 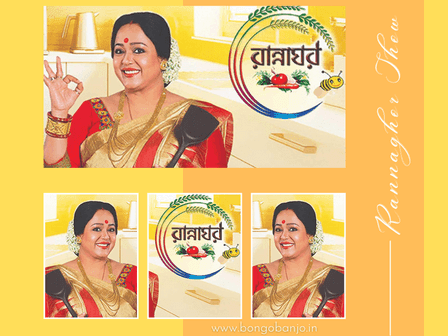 She ordered food at Swiggy. Maybe the delivery boy called her to give it to her. Sudipa Chatterjee took to social media and wrote, 'I just want to know why Swiggy's delivery boy can't reach the destination without even calling.'

Sudipa Chatterjee was heavily criticised for her comments. Along with netizens, stars like Aritra Dutta Banik and Sreelekha Mitra also took the stage single-handedly.

Soon after, Sudipa Chatterjee stated on Teachers' Day. Even after apologizing, she remained adamant about her statement.

Currently, the actress Aparajita Adhya is busy with the serials Lokkhi Kakima Superstar. Apart from that, there are films and Durga Puja shoots as well.

Read More: Now You Can Watch Movies at the Multiplex for Only 75 Rupees!