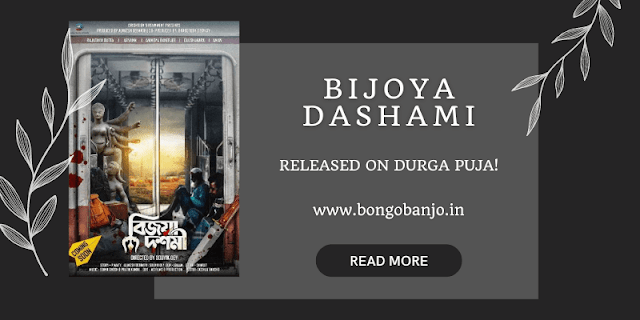 Souvik Dey's Bengali film, Bijoya Dashami, will be released on Durga Puja! In Kolkata, one murder follows another!

Durga Puja means a bunch of movies on the screen. And all the movies have different tastes and different stories. However, there will be no thriller films on the list for Durga Puja! It's impossible.

And so this time, director Souvik Dey has taken the responsibility of presenting a thriller film to the audience.

Souvik Dey is bringing Bijoya Dashami to life with a bunch of new actors! Yes, Souvik Dey is going to direct a thriller film with this name.

In this Souvik Dey film, Aryann Bhowmik, Anindya Banerjee, and Gulshanara Khatun will be seen. Produced by Drishti Entertainment, the film Bijoya Dashami is a crime thriller in the genre. 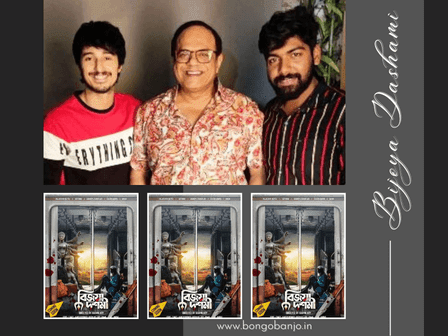 What kind of story will Bijoya Dashami's film tell?

It is known that the story of the film will start with the murder. One by one, women in the city will start to be killed suddenly. That is Mahalaya's day. But the boy lost his mother there.

He started looking for his mother. The boy reached the police station in a panic. There he met a police officer named Burman. He has the city's murder cases in hand. Then the story progresses and the mystery grows.

According to director Souvik Dey, according to the story of this film, an innocent-looking boy was needed, so Aryann Bhowmik was chosen. On the other hand, Rajatava Dutta will be seen in the role of a tough yet funny police officer. The loneliness of his life will also be captured in the film. However, Gulshanara Khatun's character cannot be said to be anything special right now. To know that, you have to see the film.

Prateek Kundu and Pallabi Chattopadhyay are in charge of the music for the film. The shooting of the film has been done in different areas of Kolkata.

Post-production work is going on. Souvik Dey's film Bijoya Dashami will be released during Durga Puja.