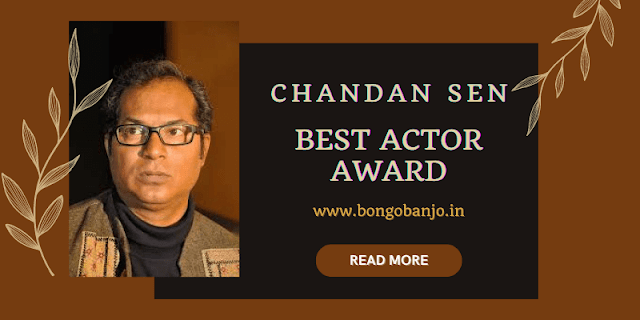 The Bengali actor, Chandan Sen, is honoured in Russia. The Bengali actor won the Best Actor award at the Pacific Meridian Film Festival for his performance in "The Cloud and the Man," directed by Abhinandan Banerjee.

He wrote, "Eminent theatre personality and our favourite actor, Chandan Sen, won the Best Actor Award at the Pacific Meridian Film Festival in Russia for his performance in Indian director Abhinandan Banerjee's "The Cloud and the Man." Congratulations. "

The film was released in 2021. The main theme of the film is the relationship between a man and a cloud. Apart from Chandan Sen, actors like Debesh Roychowdhury and Bratya Basu acted in the film 'The Cloud and the Man'.

Incidentally, 59-year-old actor Chandan Sen is equally fluent, be it on the silver screen, the stage, or the television screen. 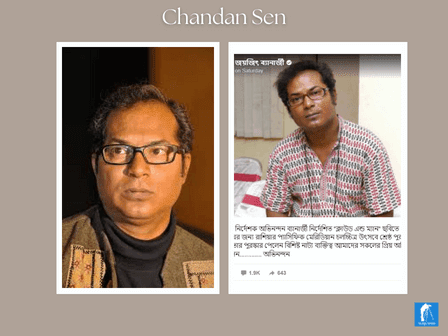 In 1977, at the age of 14, he started his acting career in the theatre. He started acting in the Natya Anon theatre group in 1997. Then he stepped into the field of film.

He is also a popular face in mega serials. His performances in series like "Ishti Kutum" and "Khorkuto" won the hearts of the audience.

The actor was diagnosed with cancer in 2010. But even a deadly disease could not stop him. He continued to fight with indomitable determination and spirit.

Following a diagnosis of follicular lymphoma, chemotherapy is continued for a long time. At that time, he appeared on the stage to act with chemo. Finally, he received outstanding recognition for his work on the soil of Russia.