Too Many Bengali Films Will Be Released During the Durga Puja Festival. The Bengali audience is confused this time. I think this is not good news for the Bengali film industry. 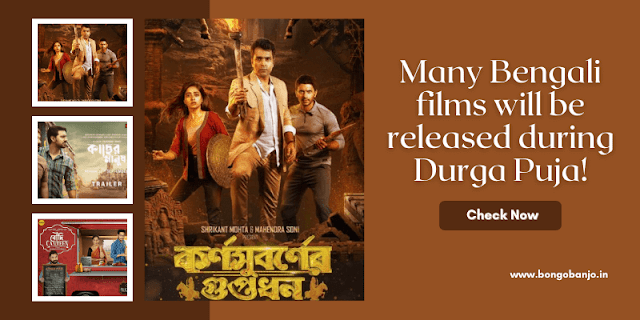 Every producer wants to launch his film. But this is not good. At the box office, Dev Adhikari, Prosenjit Chatterjee, Abir Chatterjee, and actress Subhashree Ganguly will impact Durga Puja.

Durga Puja is not just about watching Maa Durga Temple. Watch movies with them and that's why many Bengali movies are released yearly during Durga Puja.

Many Bengali films will also be released during Durga Puja this year, which includes many surprises.

It was already reported that Sona Da, Abir, and Jhinuk were going to come up with a new mystery and its solution this year.

Like in the previous two films, Abir Chatterjee, Arjun Chakraborty, and Ishaa Saha will give a surprise in the new film. The film will be released on September 30.

Director Dhrubo Banerjee started his journey in the world of cinema with Guptodhoner Sondhane. The audience loved Abir Chatterjee as Sona Da in the first film. 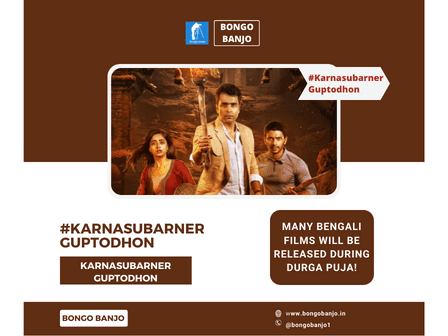 Arjun Chakrabarty and Ishaa Saha's natural performances were also appreciated. Later, the three returned with the Durgeshgorer Guptodhon. There is also a mystery story.

This time the director is launching Karnasubarner Guptodhon for the mystery-loving audience. Dhrubo Banerjee is producing the new film under the banner of SVF production.

Kacher Manush, Dev and Prosenjit Chatterjee's big film, will be released on Durga Puja. Many audiences have already appreciated the trailer for the film.

In this new film directed by Pathikrit Basu, actors like Dev and Prosenjit Chatterjee have teamed up. Actress Ishaa Saha will be seen in an essential role in the film. Earlier, the motion poster for the film was released. Actress Sushmita Chatterjee can also be seen. 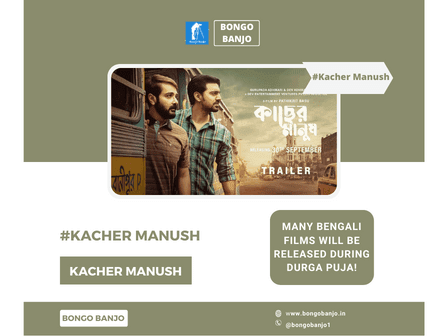 Producer and actor Dev announced the making of the film Kacher Manush on Mahalaya last year. The motion poster was also released. In that poster, Prosenjit and Dev are on both sides of the railway line.

It is believed that the director, Pathikrit Basu, is going to tell the story of the relationship. Earlier, he directed films like Haripada Bandwala, Total Dadagiri, Fidaa, and Ke Tumi Nandini.

This time, Dev and Prosenjit Chatterjee are brought together in one film. Bengali film fans are looking forward to seeing two superstars in one film. This film will be released on September 30.

Does business go to the Bengali caste? Who gets to make these definitions? Is the independence of women to be like that of men?

Some such questions are raised in the trailer of Boudi Canteen, starring Parambrata Chatterjee, Subhashree Ganguly and Soham Chakraborty. 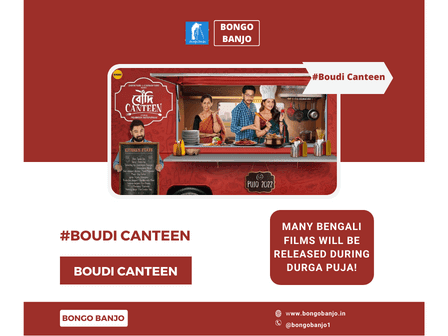 She has impressed everyone with her cooking skills. Asma Khan also has multiple restaurants in London. Somasree Ghosh and Aritra Sen tell the story of how a housewife can create her own identity through cooking.

Durga Puja means a bunch of movies on the silver screen. And all the films have different tastes and different stories. However, there will be no thriller films on the list for Durga Puja!

It simply cannot be. And so this time, director Sauvik Dey has taken the responsibility of presenting a thriller film to the audience.

Sauvik Dey is bringing back Bijoya Dashami with a lot of new actors! Yes, Sauvik Dey is going to direct a thriller film with this name.

In this Souvik Dey film, Aryann Bhowmik, Anindya Banerjee, and Gulshanara Khatun will be seen. Produced by Drishti Entertainment, the film Bijoya Dashami is a crime thriller in the genre. 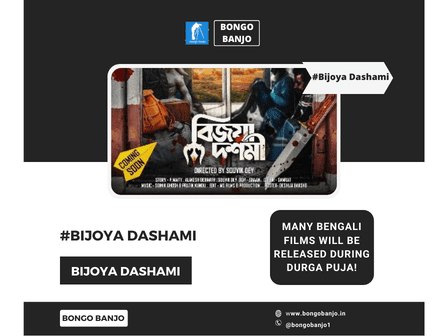 Now you can decide which film you want to watch. Which film can you skip this time? Okay, I can help you.

And if you like thrillers, then you should watch Bijoya Dashami. Lastly, if you enjoy women-centric films, then Boudi Canteen is only for you.

I hope my article is helpful to you. If so, then please share my article with your friends.