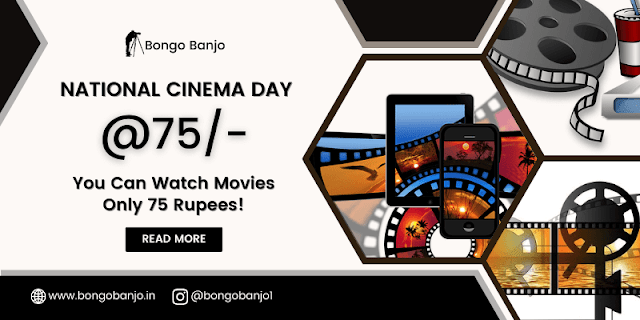 Now You Can Watch Movies at the Multiplex for Only 75 Rupees! But How? The news is true! This facility will be available in more than 4000 theatres all over India.

But why? What is the reason for this special offer?

There must be special reasons. And it has been informed by the Multiplex Association of India (MAI).

If you go to see a film in a multiplex, the ticket price in Kolkata falls by 200 rupees to 300 rupees. The morning show is a little cheaper. There are also about 100 to 150 rupees to pay. 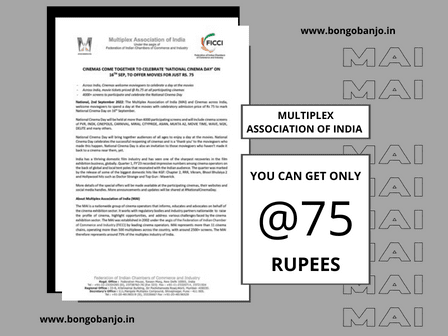 But on September 16th, cinema tickets will be available for Rs 75 in multiplexes like INOX, PVR, Carnival, and Cinepolis.

The film Brahmastra starrer, starring actor Ranbir Kapoor and actress Alia Bhatt, is releasing in theatres next Friday. If you want, you can watch that movie for only 75 rupees.

But why this initiative?

Cinema halls have been closed for a long time since the outbreak of COVID-19. Later, when the doors of the theatre opened, people flocked to watch the movie wearing masks.

Movies like KGF Chapter 2, RRR, and Bhool Bhulaiya 2 have been super hits in the past few months. Films like Doctor Strange and Top Gun Maverick have also done well in India.

It is reported that National Cinema Day is being celebrated to celebrate the fact of people's going to the halls. 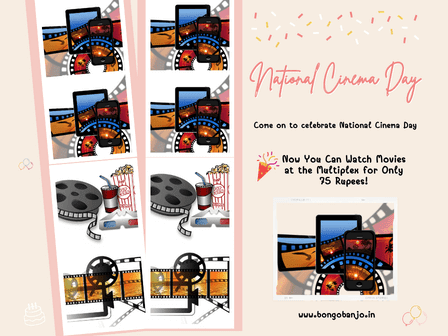 It should be noted that a few days ago, the celebration of National Cinema Day was announced in America. There, on September 3rd, movies will be available for a ticket price of just $3.

It is only after the announcement of the United States that such a day has been announced in India. And if this day is successful, National Cinema Day can be celebrated next year as well.

However, one thing needs to be kept in mind before buying multiplex show tickets for Rs 75. Prices may include tax and GST. Especially when buying tickets through third parties (Phonepe, Paytm, etc.).