The speculation is true! Rukmini Maitra as Binodini in Dev's production. The first look at the Binodini film shows Chaitanya Leela's dramatic scene. 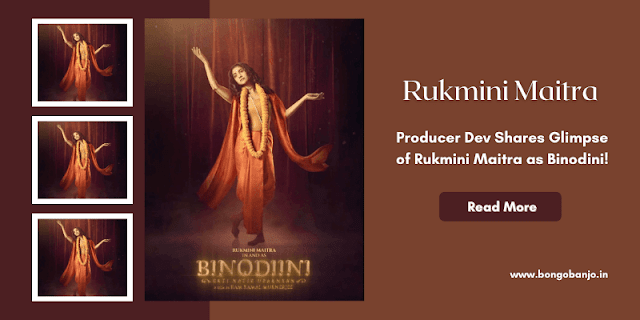 The speculation came true. Rukmini Maitra is playing the role of Nati Binodini in the production of Dev Entertainment Ventures Private Limited.

I will make a big announcement at the beginning of the week. Dev announced this on social media around 12:30 pm on Sunday. That started the speculation. 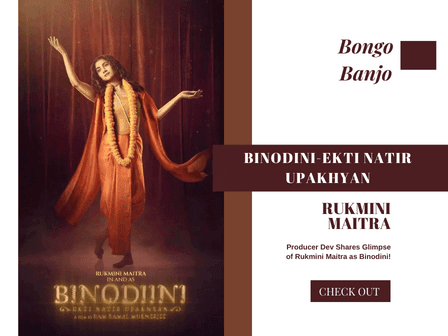 What is the Tollywood actor and producer, Dev, going to announce? Any new films? Or are you going to do something new for the promotion of the upcoming film Kacher Manush?

Such questions have started to arise. In such a situation, it is heard that Dev has joined hands with director Ram Kamal Mukherjee. This time, Rukmini Maitra can be seen on the big screen as Nati Binodini in Dev's production. 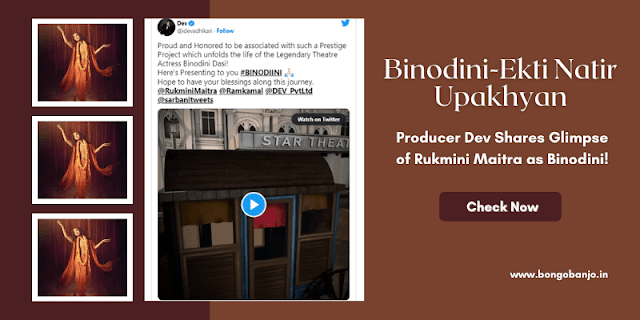 That speculation is true. Rukmini Maitra's look came out as Binodini-Ekti Natir Upakhyan. The motion poster that has been released shows scenes from the drama Sri Chaitanya Leela. The actress Rukmini Maitra came to the camera as Sri Chaitanya.

The film is being produced by Shailendra Kumar, Surya Sharma, and Prateek Chakraborty. Dev sought the audience's greetings and blessings for this new journey.

Producer and actor Dev repeatedly wants to produce new content in the Bengali film industry. Many times he was successful. Now we want to look for this film. We hope this film will be a success at the box office. Let's see.